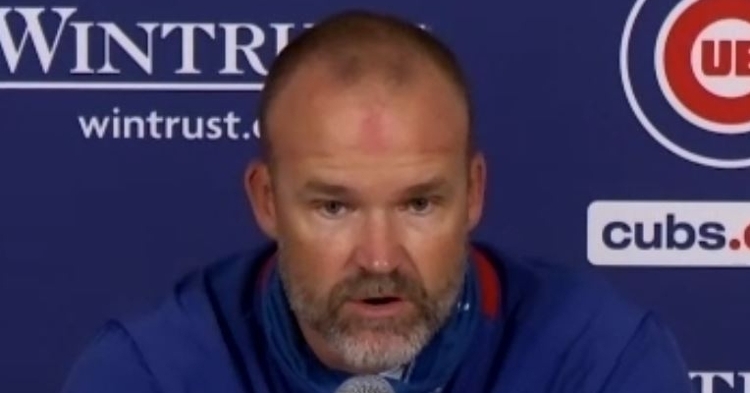 The Chicago Cubs have had several bases-loaded opportunities by not cashing in of late.

Cubs manager David Ross spoke to the media following Sunday's win over the White Sox and isn't worried about the lack of hitting in those big moments.

"I think that's the goal (bases-loaded moments)," he said. “The more we can load them up, the better.”

The Cubs are currently 6-for-33 on the season with the bases loaded including 14 strikeouts.

"I don't want the guys not to get their bases loaded," he said. "Happer (Ian Happ) hit that ball hard up the middle, somebody’s standing right there. Kipnis is giving us some great at-bats."

Ross wants to keep trying to load the bases up and hopefully it will all even out over the course of the season.

"We’re going through a stretch right now that just is glaring, and the guys getting the bases loaded it's good, that's a good thing,” Ross said. “So, I don't want to shy away from any of that."

Ross understands that hitting is not easy.

"I just think we have to continue to work hard. It's hitting, it's baseball. It's a hard thing to do."

The Cubs will return to action on Monday night at 6:10 p.m. CT against the Detriot Tigers.