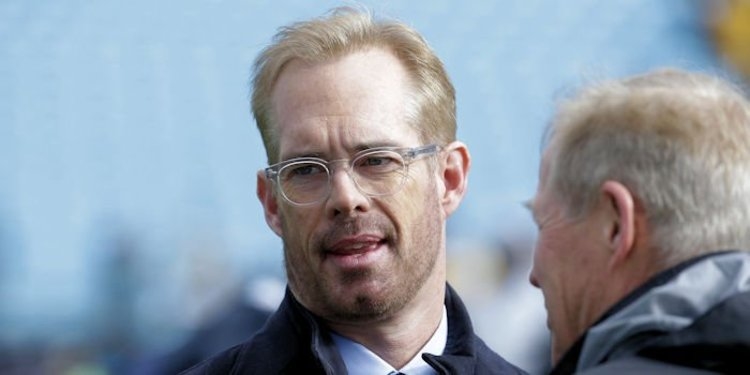 Fox broadcaster Joe Buck got a lot of critiscm during the 2016 playoff for his call of the Cubs games and the World Series. Cubs fans thought they he had a bias against them since he is from St. Louis while fans that listened to the World Series thought he spent too much time talking about the Cubs instead of the Indians.

There was even a petition that was made to replace Joe Buck with legendary broadcaster and former MLB player Bob Uecker for all the World Series broadcasts. This is no joke as the petition was signed by 55,690 supporters.

Buck wants fans to grow up and not think that he has an agenda or bias against their team.

“They’re going to have to grow up, if that somehow offends them and their sensibilities,” Buck said on the Spiegel and Parkins Show. “I think anybody who understands the importance of what the Cubs mean and the Cubs winning to where baseball fits in 2016 and going into next year understands it was a big deal and understands the historical significance of it. I mean, that’s what was so incredible. I got to do the Red Sox winning in ’04, but they’d been there in ’86, and they’d been there in ’75 and ’67. As we all know by now, the Cubs hadn’t. And that’s what made it so awesome to be at Wrigley Field and sit in that seat and call those games.

Buck thinks the real issue is with the fans that listen to him.

“Nobody can listen without prejudice, yet I’m the one who’s charged with it,” Buck said. “It may be on the part of the fans. I’m just throwing that out there, but maybe the blame lies somewhere else.”

Kris Bryant offers to bat leadoff, expects to get a chance
Post your comments! chaspal® cucubbie®