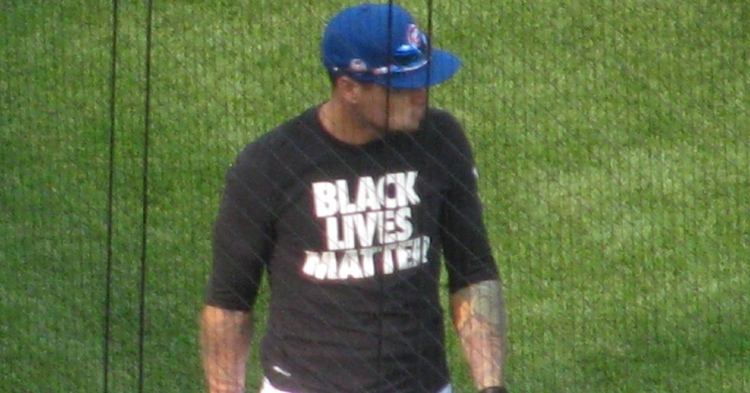 CHICAGO — The calls for social justice continue to ring out throughout the sports world. With that being said, the Chicago Cubs did their part to help draw attention to social inequality and the causes of those attempting to eliminate it by wearing socially conscious shirts during batting practice on Tuesday.

Prior to the Cubs' matchup against the Cleveland Indians at Wrigley Field, catchers Victor Caratini and Willson Contreras wore shirts bearing the messages "BLACK LIVES MATTER" and "END RACISM." Other Cubs coaches and players, including manager David Ross, were seen wearing shirts with similar messages.

Joined by @jahmal_cole from @mbmhmc, today’s Associate Rally for Change sets in motion activities the Cubs will support around voter registration and education. pic.twitter.com/R7TFHtBzxa

Check out the batting practice snapshots of Caratini and Contreras below:

Cubs starting pitcher Alec Mills, who threw a no-hitter over the weekend, was also seen wearing an "END RACISM." shirt while conducting an on-air interview. Ross sported the same T-shirt during his pregame press conference.