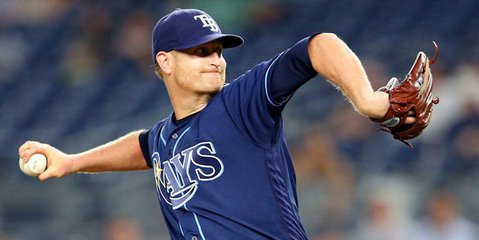 The Chicago Cubs are always in search for potential starters for the future, and according to Marc Topkins of the Tampa Bay Times, right-handed pitcher Alex Cobb is a starter that the World Champions have a serious interest in acquiring.

"There are already whispers of potential interest elsewhere, including two teams with intimate connections — the Cubs, managed by ex-Ray Joe Maddon; and the Dodgers, presidented by ex-Ray Andrew Friedman," Tomkins said.

Cobb will be a free agent after the 2017 season, and the team might decide to move the starter for prospects before the trade deadline. The Cubs might bite on the trade if the Rays do not try to pillage any of the team's elite prospects such as Eloy Jimenez, Ian Happ, or Jeimer Candelario.

He was drafted in the fourth round by the Tampa Bay Rays in the 2006 MLB Draft.