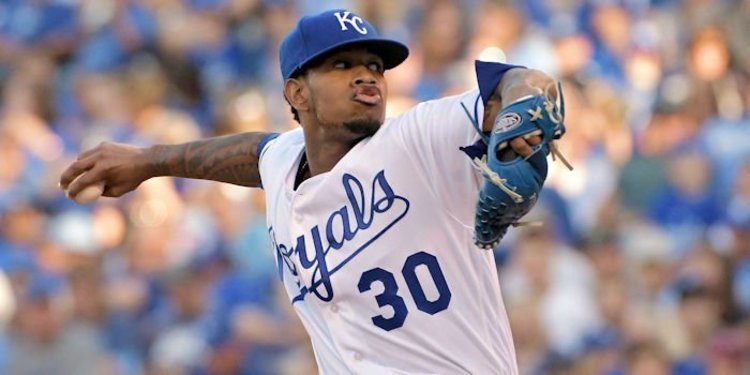 Royals pitcher Yordano Ventura was killed in a car accident in the Dominican Republic on Sunday morning, confirmed by the Dominican police force.

However, former MLB great and fellow Dominican Pedro Martinez believes based on his talks with people in the Dominican Republic that Ventura actually survived the car crash but was robbed of his belonging including a World Series ring and left for dead by those people instead of trying to help him.

This is really horrible news and I hope that Martinez is not right in this tragic series of events. RIP Yordano Ventura.

Here is the english translation of the Martinez's tweets above:

“That outrageous know that a life as it of Yordano could have is saved of not having been that it plunder of the form in that it sacked. Now it’s more painful to know that I am beautiful live after the accident and instead of someone helping him, robbed and left him to die. Hopefully to lift up an investigation, because if there is specific evidence of this, I would feel very embarrassed by my country.”

A unconfirmed report by a Dominican journalist wrote the following:

"Yordano Ventura was found alive, but several people assaulted him instead of helping him," and that the individuals “stripped him of the World Series ring that he won with the Kansas City Royals and other belongings."

Ventura left behind his wife and three children and his funeral will be held Tuesday in the Dominican Republic.

He signed with the Kansas City Royals as an international free agent in 2008 with a 28,000 signing bonus.

This is the second active major league pitcher to pass away over the last six months as Jose Fernandez passed away on Sept. 25.