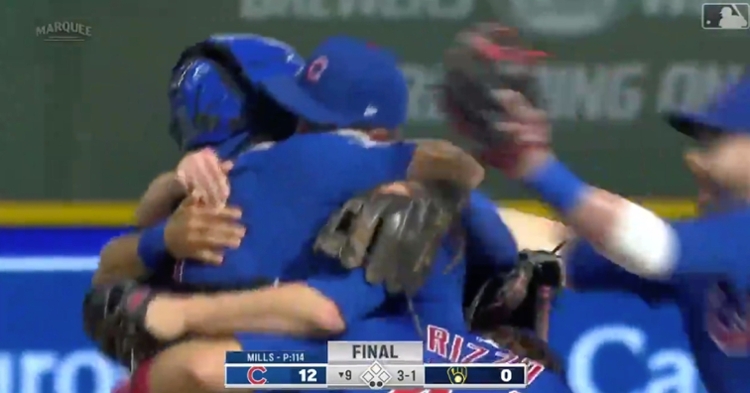 Alec Mills threw the first no-hitter of his career in a 12-0 shutout win for the Cubs.

MILWAUKEE — Chicago Cubs right-hander Alec Mills threw the first no-hitter by a Cub since 2016 on Sunday. The Cubs shut out the Milwaukee Brewers by a score of 12-0 at Miller Park, and Mills' excellent pitching stole the show.

Mills improved to 5-3 with the winning decision. He and Jon Lester are the only two pitchers on the Cubs' pitching staff who have thrown a no-no. Mills was mobbed by his teammates after drawing the game-ending groundout.

Interestingly, the first no-hitter in Miller Park history was thrown by a Cub. Carlos Zambrano no-hit the Brewers in their home stadium on Sept. 14, 2008, meaning that Mills is in good company.

What kind of bear is best? ?? pic.twitter.com/skr7hvnSeO

What a moment for @ATMills37!pic.twitter.com/ZNnHlraG7d