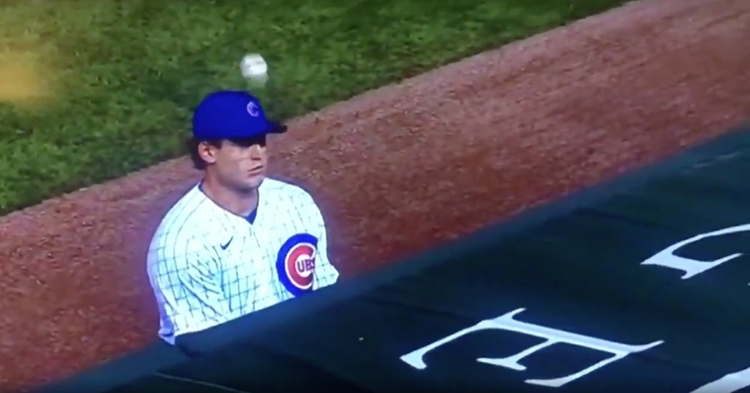 A foul ball hilariously boinked Anthony Rizzo in the head after rolling off the protective netting and bouncing off a dugout.

CHICAGO — The top of the first did not exactly go the Chicago Cubs' way on Saturday night, with the Minnesota Twins taking a 1-0 lead in Alec Mills' first start since the righty threw a no-hitter last weekend. In addition to Mills giving up a solo home run to Eddie Rosario, Cubs first baseman Anthony Rizzo was boinked in the head.

Leadoff hitter Byron Buxton skied a foul ball to the right side of the Wrigley Field infield, and it rolled off the protective netting in foul ground and plunked Rizzo right on top of his noggin after caroming off a dugout. In typical Rizzo fashion, the fun-loving slugger simply laughed off the gaffe, never even acknowledging the pain that it likely caused. Therefore, Rizzo returned to his post at first base, and play continued.