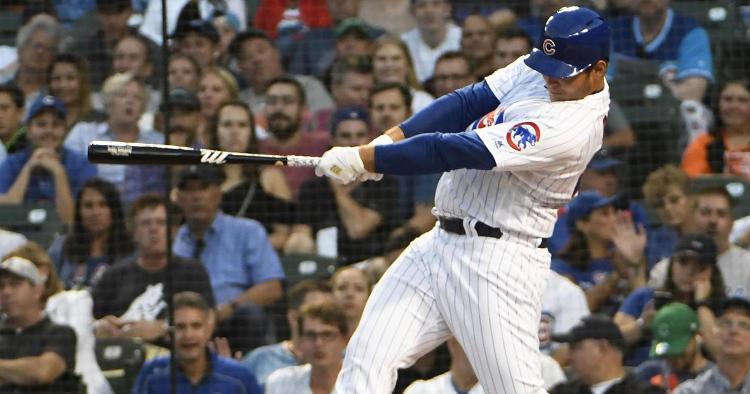 The dinger hit out to left at Wrigley Field carried 385 feet, boasting plenty of elevation as it caromed off the bat. It marked the final run of the afternoon in the Cubs' 9-1 thrashing of the Brewers. Cubs center fielder Ian Happ powered out a two-run jack earlier in the frame.