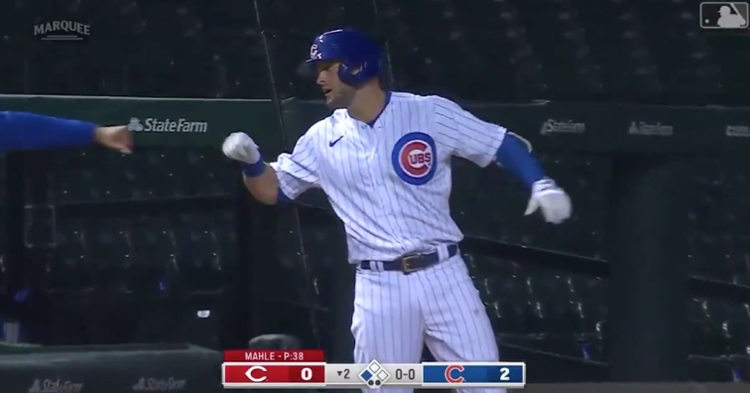 Chicago Cubs infielder David Bote motored to third base for his first triple of the year.

CHICAGO — Coming up clutch, like he is prone to do, Chicago Cubs infielder David Bote smacked a two-out triple to deep right field on Tuesday. The three-bagger, Bote's first of the year, plated two runs and put the Cubs up 2-0 on the Cincinnati Reds.

With rain falling at Wrigley Field, former Cub Nicholas Castellanos misjudged Bote's hit while manning right field and watched it sail over his head. Willson Contreras and Kyle Schwarber scored from first and second, respectively, as a result of the triple, which Reds hurler Tyler Mahle gave up on a four-seamer. The second-inning triple increased Bote's RBI total to 22.

David Bote oppo field 2 run triple had a exit velo of 102.5. Not bad going that way. He ranks 34th this season in exit velo of 255 players who qualify.