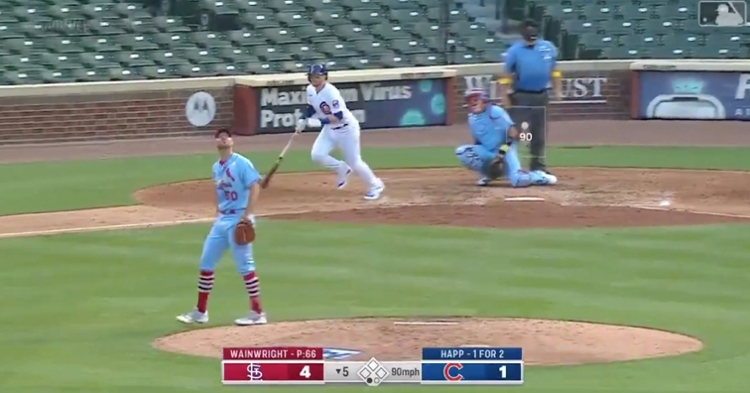 Ian Happ has experienced his fair share of success batting against Adam Wainwright in his career.

CHICAGO — Showing no signs of an injury setback after missing the previous game due to an eye contusion, Chicago Cubs center fielder Ian Happ whacked his second dinger of the day in the fifth inning on Saturday. St. Louis Cardinals starter Adam Wainwright's only runs allowed up to that point were solo bombs hit by Happ.

An 89-mph sinker thrown over the heart of the plate was pulverized by Happ on the long ball. With his 12th homer of the season, Happ extended his streak of consecutive games with an extra-base hit to six. Happ now boasts 24 RBIs on the season. The 370-footer in the bottom of the fifth carried out to left-center at Wrigley Field, making the score 4-2 in favor of the Cards.

The 12th home run of the season for @ihapp_1, his 2nd today! pic.twitter.com/jedfHeSicT

Happ is also the only player with that many home runs off Wainwright in his career. Just 14 AB

This is #Cubs Ian Happ’s 2nd career 2-HR game vs. #STLCards Adam Wainwright. Wainwright has only allowed five players to have a multi-HR game off him in his 15 year career.