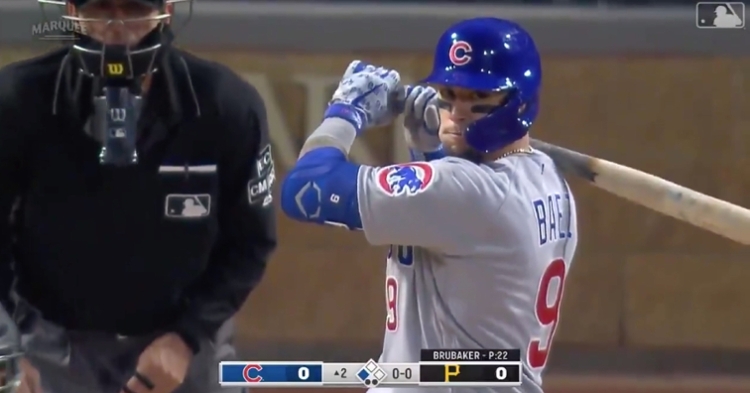 Cubs shortstop Javier Baez opted to bunt with two outs, and it paid off, as he reached base while a run scored.

PITTSBURGH — With two outs and a runner on third base, Cubs shortstop Javier Baez laid down a perfect bunt and put the Cubs on the scoreboard. Responding to his benching from the night before, left fielder Kyle Schwarber slugged a leadoff double in his first at-bat of Monday's game and came home on Baez's bunt.

Baez placed the Cubs up 1-0 over the Pittsburgh Pirates at PNC Park. Schwarber's two-bagger to right-center led off the top of the second, with Schwarber hustling to second base. Schwarber moved to third on a groundout and crossed the plate on Baez's surprise two-out bunt, which rolled onto the infield grass near the third baseline. "Javy" reached first without facing a throw, and he tallied his 22nd RBI as a result.

Javy reaches into his bag of tricks. pic.twitter.com/7N4Y6wlrvD