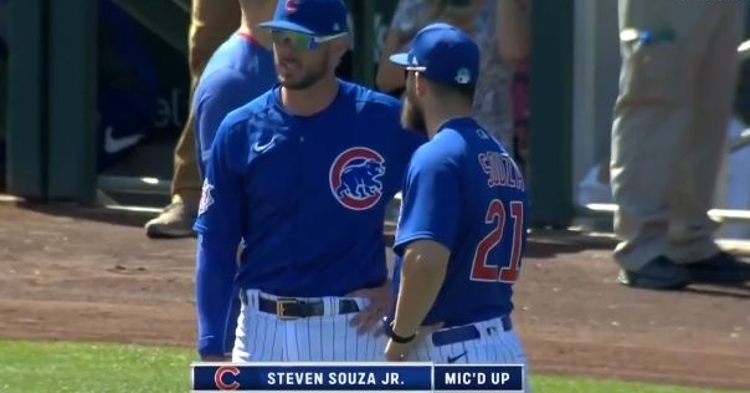 Steven Souza Jr. is a newcomer to the Chicago Cubs. He missed the entire 2019 season due to injury.

CINCINNATI — After missing all of last season with a torn ACL suffered in spring training, outfielder Steven Souza Jr. took part in his first regular season at-bat since 2018 when he stepped into the batter's box on Monday. Souza signed with the Cubs in the offseason and started against the Cincinnati Reds at Great American Ball Park.

Coming through in the clutch, Souza hit a two-out double to left off Reds starter Wade Miley and plated two runs. The two-run double was part of a four-run opening inning for the Cubs, which also featured an RBI double off the bat of Willson Contreras and an RBI single from David Bote. All four runs were scored with two outs.

Chicago Cubs lineup vs. Rockies: Rafael Ortega at leadoff, Frank Schwindel at 1B