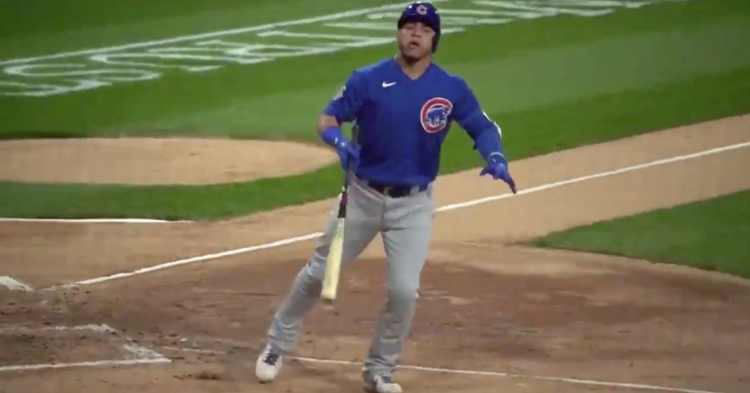 CHICAGO — Entering Friday's action, the Chicago Cubs were last in MLB in terms of home runs hit in the month of September, but they went against that trend by slugging two dingers in the first three innings of their matchup with the Chicago White Sox. After Kyle Schwarber went yard with a solo shot in the second frame, Willson Contreras clubbed a three-run jack in the third inning. Both taters were hit with two outs.

Like Schwarber, Contreras went "oppo" by driving a towering home run over the wall in right field. The 377-footer plated Nico Hoerner and Ian Happ, increasing the Cubs' lead at Guaranteed Rate Field to 4-0. The backstop now boasts six homers and 25 RBIs on the season. Dylan Cease was taken deep on a 98-mph fastball, and Contreras punctuated the tater hit off Cease with an epic bat flip.

That changed the game. pic.twitter.com/8jogqhhMML