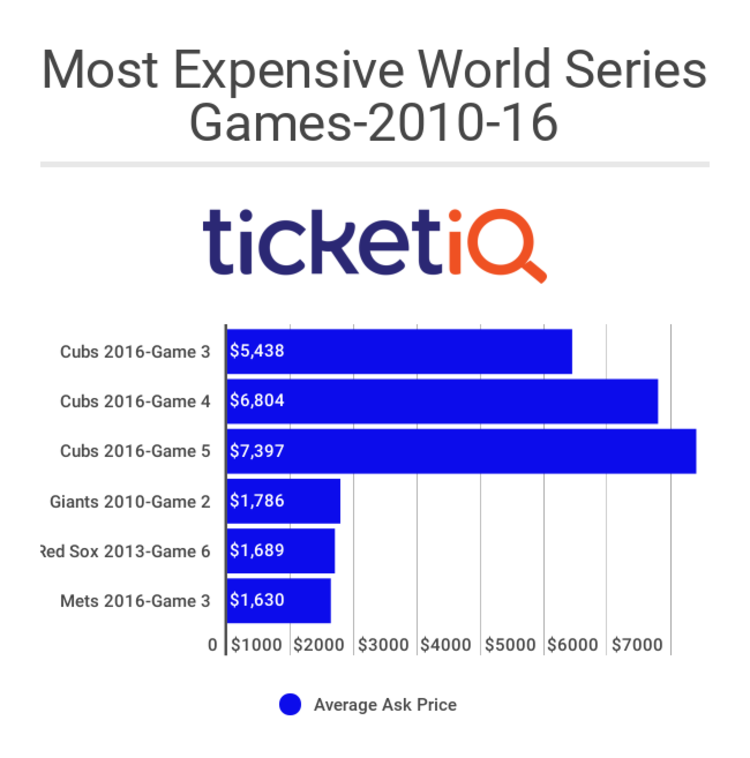 The 2016 World Series between the Cubs and Indians will go down as one of the most costly tickets in the history of baseball. The latest ticket prices to get into Wrigley Field for Game 3 through 5 of the World Series is around $6,546.33, according to TicketIQ. The overall prices have also been higher than the last four Super Bowls reportedly.

These prices at Wrigley Field are the most expensive World Series Games that TicketIQ has tracked in six years.

Wrigley Field tickets prices for the World Series are going for $2000 more than at Cleveland and the price will probably go up even more if the Cubs have a chance to clinch at home.

The cheapest ticket for Game 3 at Wrigley Field was $2,140 for a standing-room only ticket. The most expensive ticket purchased on StubHub for any of the three games so far has been two front-row seats by the Cubs bullpen for $19,000 according to ESPN's Darren Rovell.