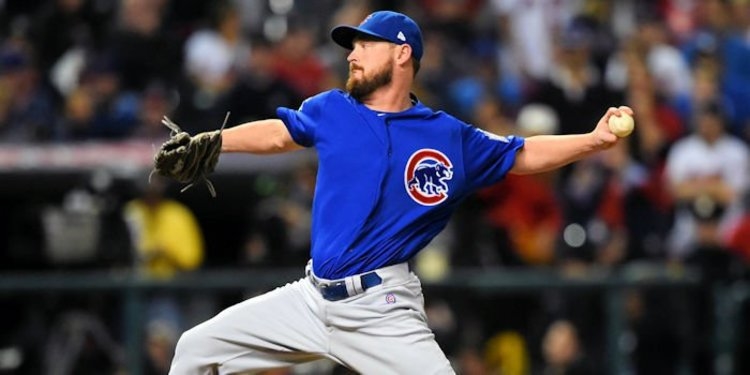 It has been an extremely tough go this season for veteran pitcher Travis Wood.

The Detroit Tigers have released the former Cubs pitcher after Wood underwent surgery on Wednesday to repair a torn ACL and medial meniscus in his left knee.

Wood will likely have to sit out the entire 2018 season to rehab the knee. The injury happened in his first spring training appearance where he heard something pop and had to be helped off the field and taken to the locker room by the medical staff.

The Tigers had recently signed him to a minor league deal and invited him to Spring Training but sadly he won't be pitching anytime soon.

The San Diego Padres decided to designate Travis Wood for assignment in December 2017. The Royals traded Wood midway through the 2017 season to the Padres. In 2017, Wood started pitched in 39 games including 14 starts for a woeful 6.80 ERA with 65 strikeouts and 1.73 WHIP.

Cubs fans will always remember his contributions during the memorable 2016 title season where he would spot start, pitch in the bullpen, pinch-run, pinch-hit, and play a decent left field.