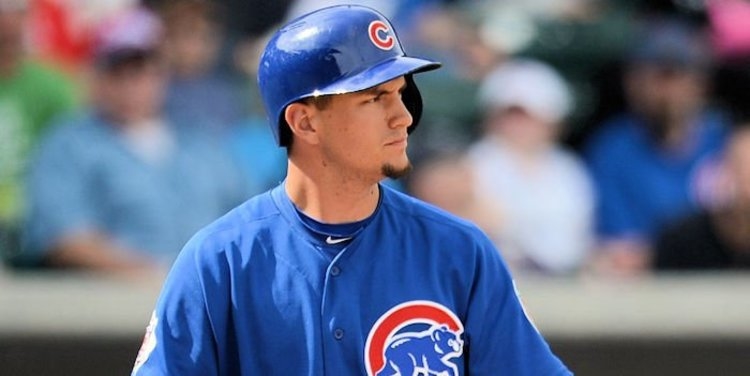 Des Moines, IA - The Chicago Cubs and Iowa Cubs are pleased to announce the team's 2016 Opening Day roster. The group is highlighted by top prospects Carl Edwards Jr., Albert Almora Jr., and Willson Contreras, as well as veteran fan favorite Munenori Kawasaki. The roster also features nine players on Chicago's 40-man roster, 17 with major league experience and eight that have suited up for Iowa in the past.

Contreras rankes in the top-100 prospects according to several publications and is also recognized as the top catching prospect in all of minor league baseball by MLB.com. Last season, Contreras took the Southern League batting crown after hitting .333, becoming the first Smokie to take the title since 1978. He is joined behind the dish by Tim Federowicz who has 89 games of big league experience on the record with the Dodgers. Federowicz was forced out of play last season after undergoing surgery to repair a torn lateral meniscus in March of 2015.

Arismendy Alcántara returns to patrol the infield alongside a familiar face from 2014, Logan Watkins. Watkins looks for a come-back year after getting sidelined last season with a torn right Achilles' tendon. They are joined on the dirt by Kawasaki and Kristoper Negrón. Kawasaki may be better know for his off-field antics, but the middle infielder impressed in Spring Training, hitting .367 with seven extra-base hits. Prior to signing his first major league deal with the Mariners in 2012, Kawasaki appeared in eight consecutive Nippon Professional League (Japan) All-Star games and earned four Gold Gloves. Kristoper Negrón joins the organization from Cincinnati and has notched 96 big league games over the last four seasons. The super utility man played every position for the Reds, save for pitcher and catcher. First baseman Dan Vogelbach rounds out the Iowa infield. Vogelbach, ranked No. 25 on Baseball America's Cubs' top prospects list, launches his first Triple-A campaign after spending the majority of 2015 with Double-A Tennessee.

John Andreoli is the lone returner to the outfield from last season, though he is joined by former I-Cubs Ryan Kalish and Matt Murton. Kalish played 87 games for Iowa in 2014 and 57 games for Chicago. He missed 2015 due to injury. Having spent the last six seasons playing in Japan, Murton takes the field in Iowa for the first time since 2008. He has tallied 231 total games with the I-Cubs over three seasons. Juan Perez also takes to the grass, joining the Cubs from the Giants' organization where he contributed to the World Series Championship team in 2014. He brings 117 games of big league time to the field. Top-prospect Almora Jr. fills in the final outfield slot. Almora ranks in the top-100 prospects according to several publications and was named to MLB.com's All-Defensive team prior to the season.

Making his Triple-A debut, RHP Ryan Williams gets the ball as the Cubs starter on Opening Day. A 10th-round draft pick in 2014, Williams has made the climb to the the Cubs' top affiliate after just two professional seasons. Williams is followed in the rotation by RHP Stephen Fife, LHP Eric Jokisch, RHP Drew Rucinski and RHP Pierce Johnson. Fife joins the organization after spending 2012-2014 in the Dodgers' system. He missed all of last season after undergoing Tommy John surgery on Aug. 13, 2014. Jokisch is the sole returner to the Iowa rotation. The lefty went 5-4 with a 4.37 over 14 starts last season and holds a 3.82 clip in 40 career starts with the I-Cubs. Rucinski spent the majority of last season with the Triple-A Salt Lake Bees and ranked second on the team in starts (22) and innings pitched (112.1). Johnson has placed on the Cubs' prospect list in each of the past four seasons and enters 2016 as a top-20 prospect according to several publications. The righty went 6-2 with a 2.08 ERA through 16 starts with Tennessee last season.

Right handers Edwards, Spencer Patton, Brandon Gomes, Jean Machi, Armando Rivero, and Felix Pena along with left handers Scott Barnes and C.J. Riefenhauser will take on the Cubs' relief effort to start the season. Stocked with experience, six of the eight Iowa relievers have taken to a big league mound in their career. Edwards, Rivero and Pena are the only returners to the organization, while the remaining five were off-season acquisitions. Despite being taken in the 48th round by Texas in 2011, Edwards has been a highly-touted prospect for the Cubs over the last two years and has posted a career 2.03 minor league ERA to support the hype. Patton has also been at the center of a lot of buzz this spring after posting a perfect ERA and allowing just two hits over 8.0 innings in big league Spring Training. Machi brings the most major league experience to the mound, having tossed 184.0 career innings over 189 games with San Francisco and Boston. Rivero spent all of last season with Iowa, registering a 3.16 ERA through 48 appearances. Pena gets the call-up to begin the season after spending 2015 with Tennessee. Barnes looks to bounce back from a string of injuries that has limited him to 86 games over the last three seasons while in Cleveland's organization. Gomes and Riefenhauser were teammates with Tampa Bay last season. Gomes signed a minor league contract with the Cubs after declaring free agency, while Riefenhauser was traded twice before getting claimed off waivers by the Cubs in February.

The Cubs open the 2016 season against Round Rock on Thursday, April 7 at 3:08 p.m. at Principal Park. The first 1,000 fans will receive a magnet schedule courtesy of PPG Paints and KCCI-8. The game will also be broadcast live on AM 940 and streamed at iowacubs.com. Tickets are available in person at Principal Park, online at iowacubs.com, or by phone at (515) 243-6111.