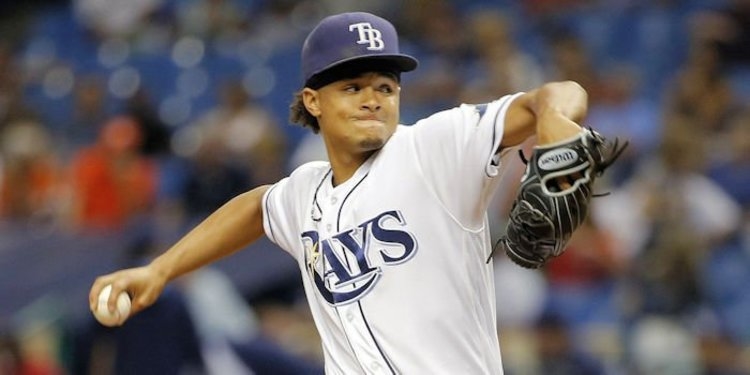 The Cubs are looking for another quality starter or someone that could add some youth to their starting rotation as Jake Arrieta and John Lackey will probably not be back with the Cubs in 2018. MLB insider Jeff Passan was on The Score on Monday and said that the Cubs could get All-Star Chris Archer from the Rays but it would cost them dearly with arguably their top minor league prospect.

"Cubs have had talks with Rays in past regarding Chris Archer," Passan said. He's a logical fit, but Cubs would have to part with Eloy Jimenez."