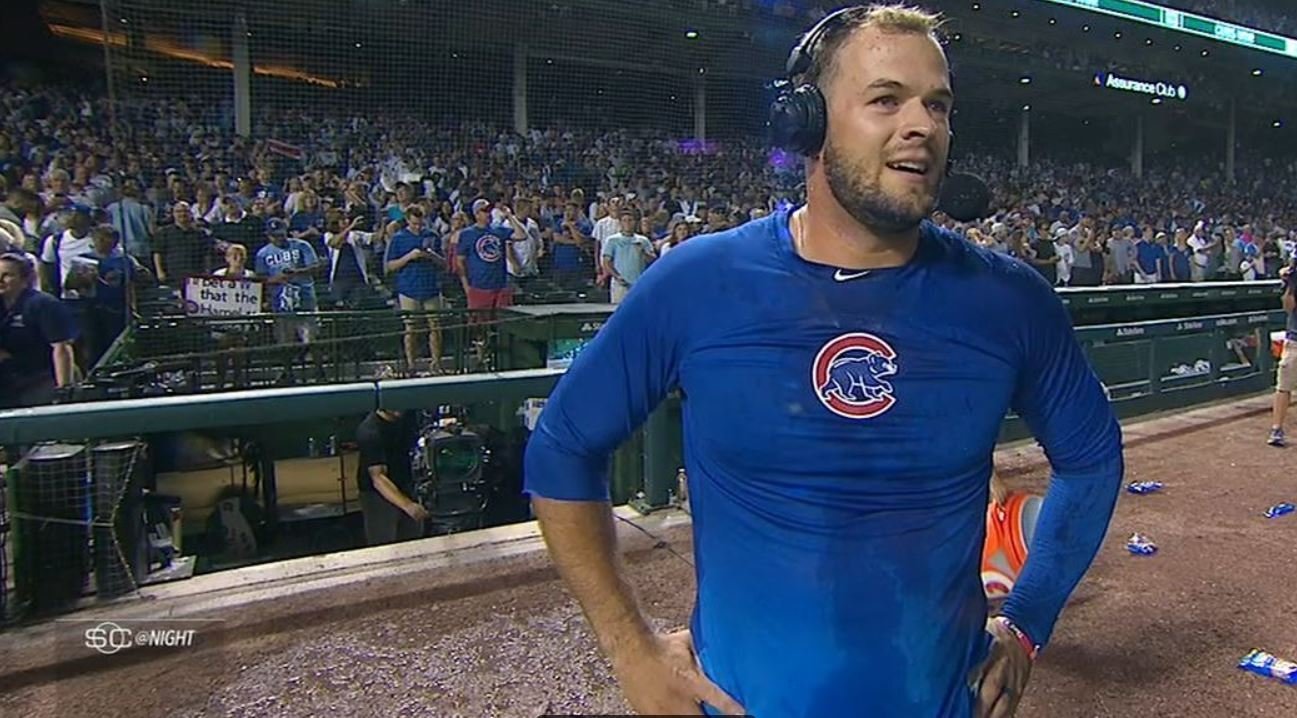 David Bote has evolved from a role player to a cult hero in a mere three and a half months.

CHICAGO — "I got a good pitch to hit, and I hit it. It felt good off the bat. I was hoping it had enough to get out, though."

Subtly describing the most spectacular hit of his baseball career, Chicago Cubs rookie infielder David Bote spoke with the hosts of ESPN's SportsCenter after hitting a walk-off grand slam to shock the Washington Nationals and provide the Cubs with a come-from-behind 4-3 victory.

Getting underneath a low fastball thrown by Nationals reliever Ryan Madson, Bote made the most of a pinch-hit at-bat, which came with the bases loaded and two outs and the Cubs trailing 3-0 in the bottom of the ninth.

Discussing the walk-off jack, Bote said, "In the heat of the moment, when I got that pitch, I thought, 'Just get it in the air.' I tried to hit it as far as I could to center field, and the approach was to get underneath it."

One of the SportsCenter anchors referenced Bote's walk-off walk that he garnered earlier this season and asked the fan favorite which walk-off was better. Of course, Bote, the ultimate team player, refused to claim either winning play as being superior to the other.

Going on to say that Sunday night's game-ending hit was the first walk-off home run at any level of his baseball career, Bote touched on the magic of the special hit, which was, as he recalled, just the third grand slam of his life.

In his postgame press conference, Bote elaborated on what it felt like to come up with his such a big hit, which marked the third home run of his big-league tenure.

"It's a great feeling," Bote said when talking about solidifying the hard-fought win for his teammates. "Every single guy there, we're in it from pitch one every single day. When I'm rounding the bases and we've gotten the 'W' and I see my teammates at home plate, jumping around, it's magical. It's incredible. It's an unbelievable feeling."

Although Bote has bounced around between the Cubs and the minor leagues several times off and on since first being called up in late April, he has seemed to have finally hit his stride in recent weeks and garnered a cult status with adoring Cubs fans.

Jelling with the close-knit Cubs roster, Bote implied in his press conference that the bond that he shares with his teammates made the walk-off grand slam extra-special.

"It couldn't happen to a better a group of people than the one in that clubhouse, and I'm so blessed and honored to be a part of it."