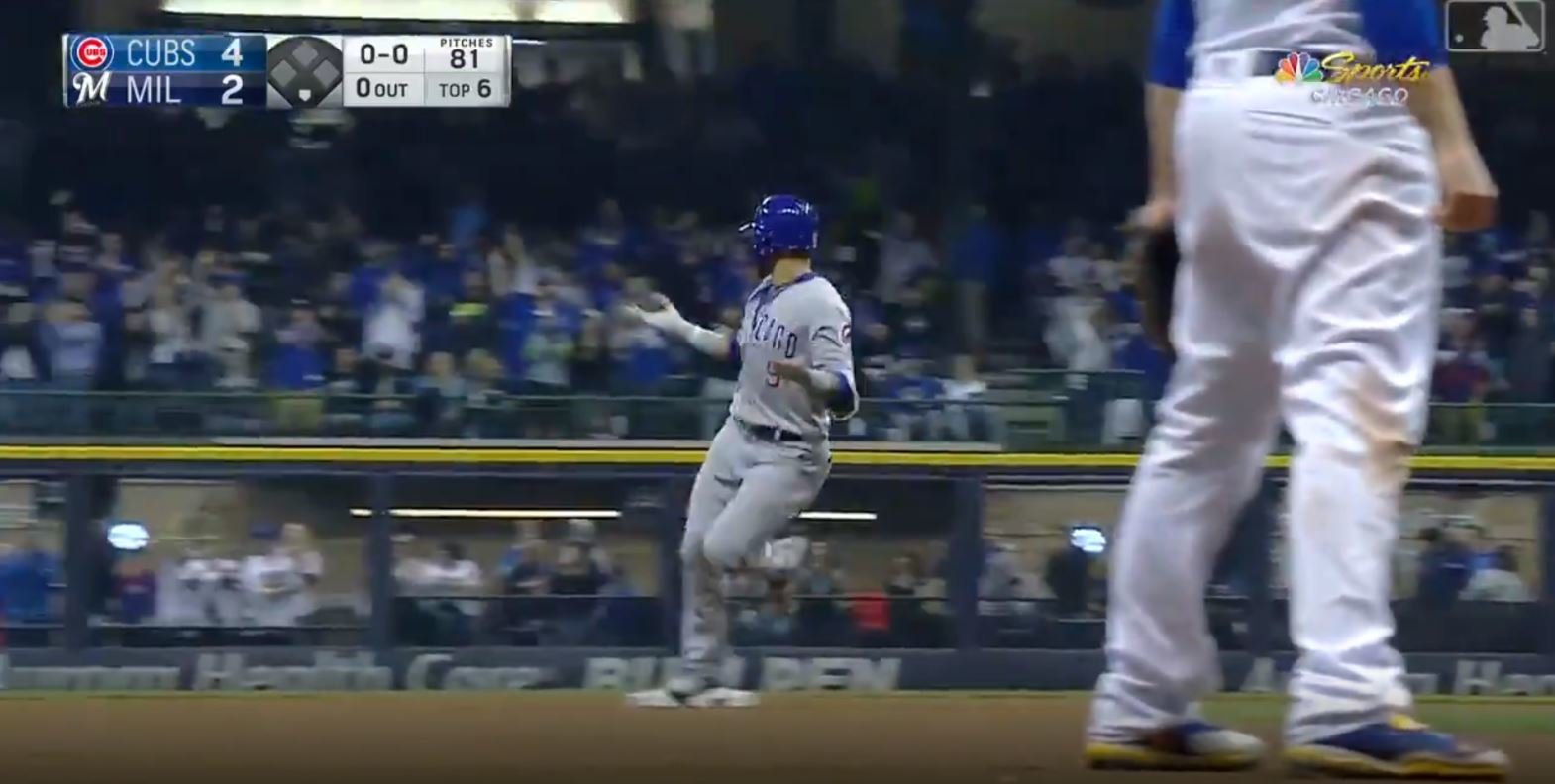 MILWAUKEE, Wisconsin — Javier Baez has hit plenty of home runs in his career thus far, but none have been as weird as the one that he hit in the sixth inning of the Chicago Cubs' clash with the Milwaukee Brewers on Saturday. The Cubs' star infielder drilled a solo dinger to lead off the sixth that carried 408 feet.

Although it was eventually ruled to be a normal home run, Baez's dinger originally appeared to be ruled an inside-the-park homer. At least, that is what the umpires seemed to think that it was. Perhaps as a result of an optical illusion, Baez's blast hit off the back wall at Miller Park, and, since the back wall is practically the same color as the outfield wall, it might have seemed to some that the baseball caromed off the outfield wall.

After drilling the back wall, the baseball carried back into the field of play. Brewers center fielder Lorenzo Cain, who, evidently, knew that it was a homer, chose not to pursue corralling the ball and attempting to throw out Baez. Baez was not certain that it was a home run himself, as he shrugged while trotting around the base paths and asked an umpire as he touched home plate if it was indeed a home run.

Even Cubs skipper Joe Maddon got involved, wanting to ensure that his player was credited with a home run and not a run scored via an error or something of that ilk. It all proved to moot, as the umpires conferred and agreed that it was, in fact, a home run of the regular variety. The long ball marked "El Mago's" fourth four-bagger of the season, and it put the Cubs ahead of the Brewers by a score of 6-2.