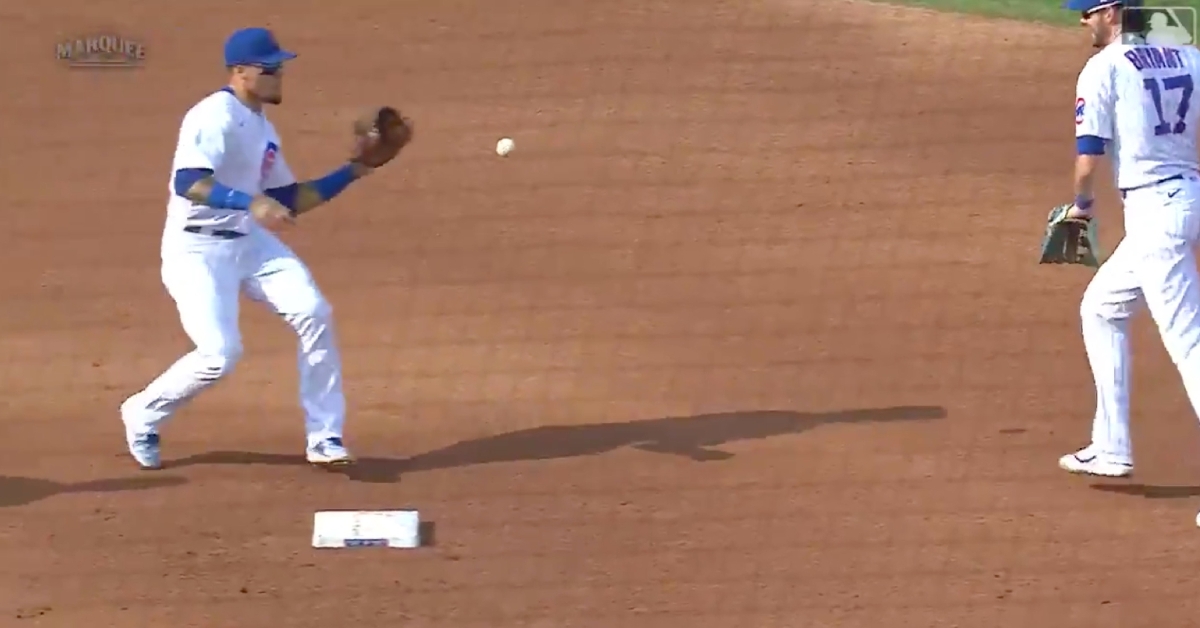 Javier Baez was on the receiving end of two impressive glove flips that both culminated in double plays.

CHICAGO — The St. Louis Cardinals had a rough day on the defensive end in their 5-1 loss to the Chicago Cubs on Monday, committing two costly errors. The Cubs, on the other hand, pulled off two sweet double plays made possible by glove flips.

The fourth-inning double play happened during a defensive shift on the Wrigley Field diamond. Third baseman Kris Bryant was positioned near second base when he fielded a grounder hit up the middle by Brad Miller. He cleanly fielded the ground ball before flipping it out of his glove to Baez.

Tommy Edman grounded into the sixth-inning double play. With no shift in play, second baseman Nico Hoerner fielded the burner in the 3-4 hole and made a perfect backhanded glove flip to "Javy" at the bag. Baez threw a laser to Rizzo that outed the speedy Edman just in time, capping off a flashy web gem. For good measure, Baez and Hoerner teamed up for another 4-6-3 double play in the top of the seventh that saw Rizzo stretch out and catch Baez's throw, outing Matt Carpenter.