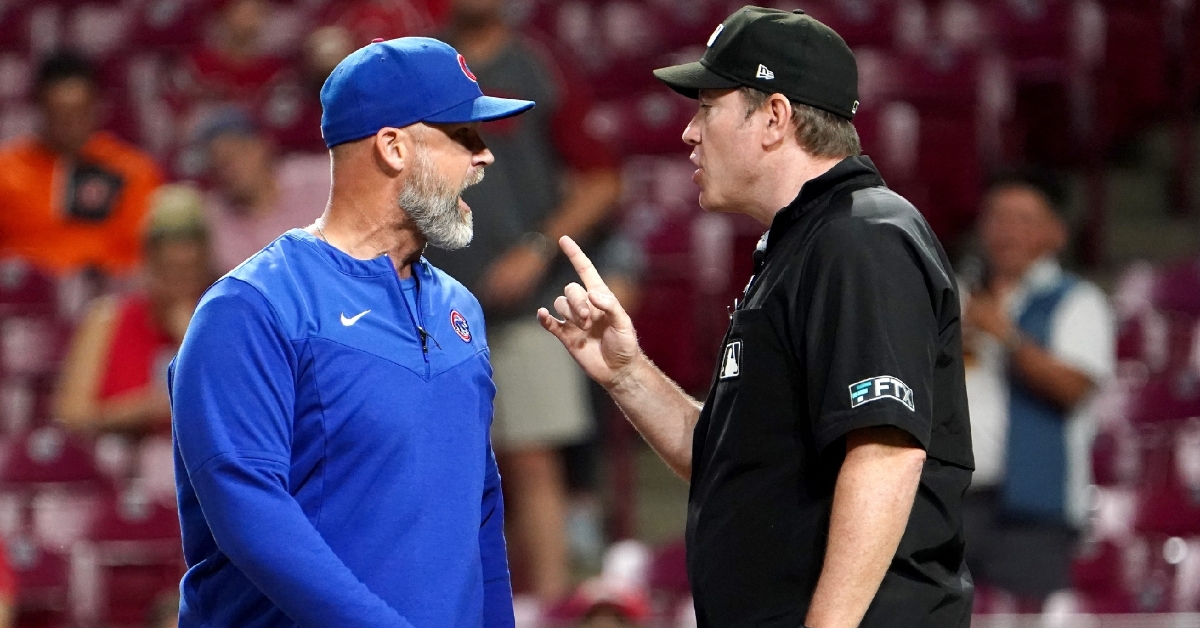 Chicago Cubs manager David Ross was not going to sit idly by.

After a few testy moments after standout first baseman Joey Votto walked towards Cubs reliever Rowan Wick, Patrick Wisdom was then hit by a pitch by the Reds.

Ross was frustrated that the umpires didn't do anything to Votto for his conduct and then no warning by the umpires when the pitcher hit Wisdom.

The manager then argued with the umpires for a few minutes before bench coach Andy Green came out to get Ross away from them.

Check out the entire sequence below: