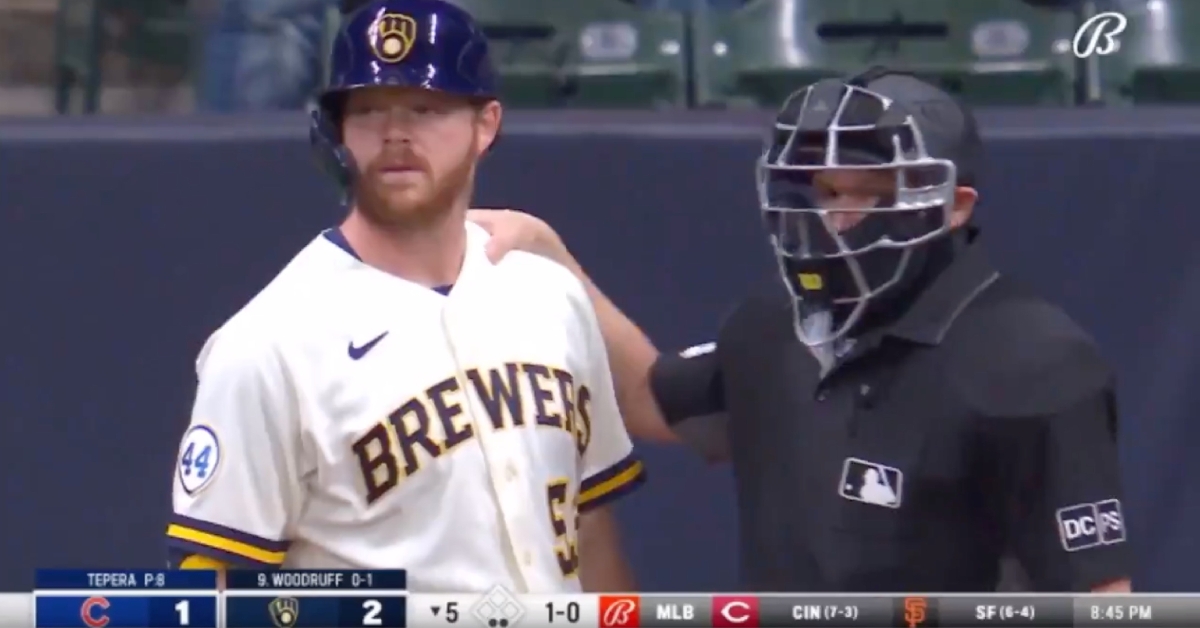 Brandon Woodruff was ticked off when Ryan Tepera threw behind him.

MILWAUKEE — Chicago Cubs catcher Willson Contreras getting hit by pitches thrown by the Milwaukee Brewers has already resulted in multiple contentious situations this season, including a tense moment on Tuesday. Contreras, who was hit twice and incited a benches-clearing brouhaha in a series versus the Brewers last week, had his knuckles grazed by a pitch thrown by starter Brandon Woodruff, and it led to reliever Ryan Tepera throwing behind Woodruff.

Contreras was hit in the hand by a pitch while checking his swing in the fourth inning at American Family Field, but the HBP was clearly unintentional. Nevertheless, Tepera threw behind Woodruff in the first pitch of Woodruff's fifth-inning plate appearance, and Woodruff was far from pleased. Warnings were issued to both teams, and Woodruff was held back and calmed down by the home plate umpire.

After Woodruff stepped onto the infield grass and voiced his displeasure with Tepera, Contreras had a friendly exchange with Woodruff before the at-bat resumed. Tepera, who was showered with boos from Brewers fans after throwing behind the Brewers' ace, proceeded to strike Woodruff out on three straight pitches. The incident took place with the Cubs trailing 2-1.