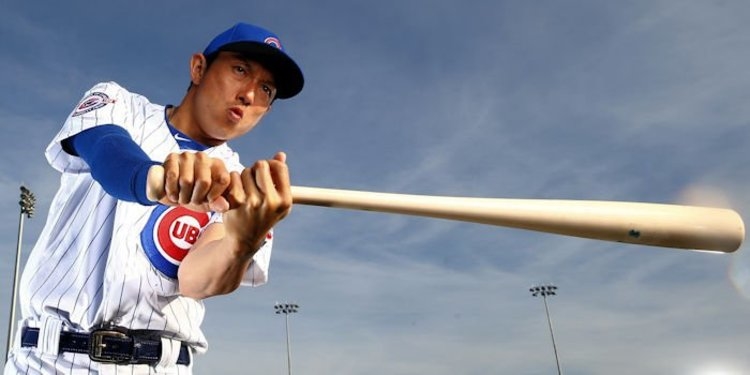 This edition is the last names (K-R):

2016 Recap: Kalish played in just seven games in 2016 and only had seven at-bats. However, he did snag a pair of hits in his brief contribution to the 2016 Cubs.

Where is he now: Kalish’s last MLB action came in that 2016 season with the Cubs.

2016 Recap: Despite playing in only 14 games, Kawasaki was a fan favorite and big clubhouse guy for the Cubs n 2016. His seven hits don’t jump off the stat page, but his contribution can not be overlooked.

Where is he now: Out of baseball, his last MLB appearance was in 2016 with Chicago.

2016 Recap: La Stella was a significant factor off the bench for the Cubs in his four years with Chicago. La Stella played in 74 games in 2016, batting .270 as a left-handed bat and utility man off the bench. He didn’t always fit logistically on the roster, but the clubhouse viewed him highly, as did many Cubs fans.

Where he is now: La Stella has been replaced on the roster by Daniel Descalso and is currently playing under former manager Joe Maddon in Anaheim on the Angels.

2016 Recap: Lackey didn’t come to Chicago for a haircut, he went for a World Series ring — and that’s what he got. In his first season with the Cubs, he went 11-8 with a 3.35 ERA as well as making three postseason starts during the Cubs run to win the World Series.

Where he is now: Lackey finished out his two-year contract with the Cubs following the 2017 season and has since been out of baseball. He did, however, visit Cubs camp during Spring Training.

2016 Recap: Matusz spent the first eight years of his career with Baltimore, but played the final few months with the Cubs in 2016. He only started one game and gave up six runs in three innings, but can always say he played for the team that broke the 108-year curse.

Where he is now: Out of baseball.

2016 Recap: Montero was a part of the three-headed monster the Cubs had behind the plate in 2016. He played in 86 games that season, homered eight times and drove in 33 runs while also serving as a solid defensive player behind the plate. Miggy’s most memorable moments include his two postseason hits in 2016 — those being the massive grand slam in game one of the NLCS to give the Cubs a 1-0 series lead and driving in the final run in the Cubs’ 8-7 win over the Indians in game seven of the 2016 World Series on his RBI-single.

Where he is now: Montero was traded away from the Cubs in 2017 to Toronto. He spent 2018 with the Nationals and currently serves as an agent for various players.

2016 Recap: Montgomery was one of the most critical pieces in the Cubs bullpen during the 2016 season. He was acquired in a 2016 trade with the Mariners and appeared in 17 games down the stretch of the season in 2016. Montgomery started five games and played a relief role in 12 — showing his versatility on the mound — pitching to a 2.82 ERA. Of course, Montgomery’s biggest out came when he delivered the final out of the best game of all time and earned the save in game seven of the 2016 World Series.

Where is he now: The Cubs traded Montgomery midway through the 2019 season to the Kansas City Royals, the team he remains on now.

2016 Recap: Nathan, who had a reputation of one of the game’s best closers, appeared in just three games during the 2016 season as his career wound down. Across his 16 year career, Nathan’s only World Series ring came in 2016.

Where is he now: The six-time all-star was dealt to the Giants in the middle of 2016, and that was where his career ended.

2016 Recap: After spending the first two years of his pro career with the Rangers, the Cubs signed Patton for the 2016 year. Patton appeared in 16 games and had a reasonably high 5.48 ERA but contributed to the World Series cause.

Where is he now: Out of baseball since the conclusion of the 2016 season.

2016 Recap: In Pena’s 2016 rookie year, he appeared in 11 games out of the bullpen and even picked up a save along the way. Pena is not a name that is often thought of when you think of the 2016 high leverage pitchers, but Pena has a ring to show for it.

Where is he now: Pena left the Cubs after 2017 to play for the Angels — and is now reunited under former manager Joe Maddon.

2016 Recap: Peralta’s career spanned 12 years, and he played for eight teams — the final of which being the Cubs in 2016. Although he only appeared in five games and pitched to a 9 ERA, he ended his career on the highest note possible.

Where is he now: Peralta retired following the 2016 season and is currently out of baseball.

2016 Recap: Ramirez saw his role out of the Cubs bullpen steadily decrease from 2014-2016, but still played an impact on the team that won it all. Ramirez pitched in 8 games that season for the Cubs before ending the 2016 season with the Brewers.

Where is he now: The reliever has a non-roster invite to the Angels camp with former manager Joe Maddon as well.

Stay tuned for more of this 'Where are they now' content soon.