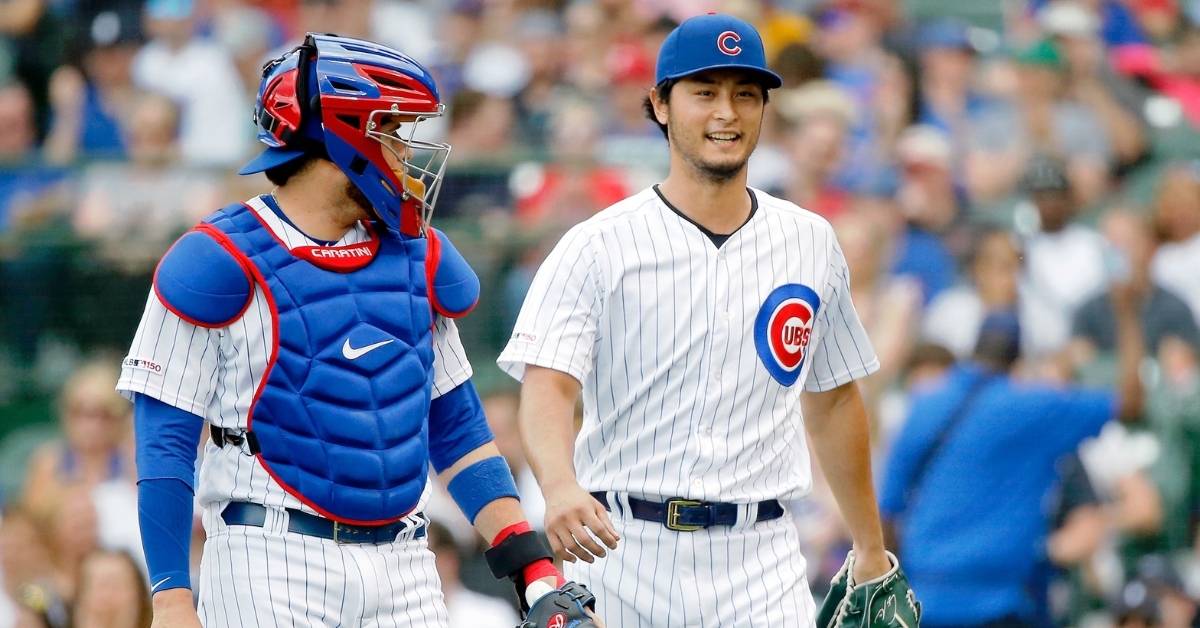 As a Cubs fanbase, we are often very thankful for the impact our favorite players have made on and off the field during their time in Chicago. Typically, when players leave Chicago, they talk in high regard about wearing the Cubs’ pinstripes and playing at Wrigley Field.

That has been especially prevalent in the era of Theo Epstein and Jed Hoyer, who made an effort to make the Cubs feel like a family. Leaving a family can be difficult for all parties involved.

We at CubsHQ have written a few thank you letters to players or executives or even announcers who have made huge impacts in Chicago — such as Joe Maddon, Theo Epstein, Len Kasper, Kyle Schwarber, and more — especially if they had any contribution to the Cubs 2016 World Series championship victory, the first ring for the franchise in 108 years from back in 1908.

But with the trade of Yu Darvish and Victor Caratini, we felt it necessary here at CubsHQ to give an appreciation to two of the most fun athletes we have watched over the last few seasons.

We’ll start with Darvish, who has had an up and down tenure with the Cubs. It started down initially — with injuries and control issues plaguing 2018, his first season in Chicago.

2019 was different, with the first half being disastrous and the second half being very eye-opening. Darvish cut down on walks and upped his strikeouts but still only had six wins to show for it.

Very few produced the way Yu Darvish did over the last 2 seasons. pic.twitter.com/vJ6kpu25LO

But what made 2019 great is Darvish gained some confidence back from his 2017 World Series beat down from the Astros (who we all found out were cheating). Darvish began being active on social media, speaking to reporters in English and becoming a fan favorite.

He brought a swagger and a lot of hair with him to 2020 and rode an odd season into a second-place Cy Young finish in the NL. Darvish won eight games, a league lead, and struck out 93 batters in just 76 innings.

Get to know new @Padres pitcher @faridyu as you never have before.

Thanks for being so fun to watch on the mound

Thank you for trusting the organization and Chicago

Thanks for all the innings and strikeouts

Yu Darvish, emotional after talking about Chicago and his experience with the #Cubs and the fans there. Broke down answering a question about his time there. pic.twitter.com/ZWfXUGR87x

And for Caratini, it is obvious he has deserved a starting spot behind the plate.

Thanks for aiding Willson with the Cubs pitching staff

Good luck to both of you in San Diego!

Walk alongside me
Because together we are one pic.twitter.com/Cq2YDYjJLk