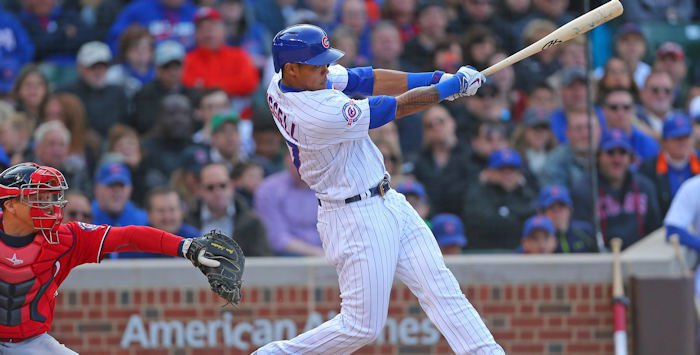 CHICAGO -- The Cubs hit four home runs including two from Addison Russell but the Cincinnati Reds beat the Cubs 9-5 to hand Chicago its fifth loss in the last six games.

John Lackey (7-5, 3.50) was not sharp from the beginning and took the loss as he gave up six runs and walked five batters in six innings.

The Reds raced to a 5-0 early in the game and never trailed on the day. Jay Bruce hit a 2-run opposite field home run in the 8th that put the game away for the Reds.

Including the two home runs from Russell, the Cubs also got homers from Kris Bryant and Javier Baez. Bryant's home run was his 25th which currently leads the Majors.

Cubs manager Joe Maddon was tossed for arguing ball and strikes in the bottom of the second inning. David Ross took off his shin guard thinking that he had just received a walk. However, the umpire called it a ball and subsequently threw out Maddon from the dugout for arguing the call. It was the second ejection of the season for Maddon.