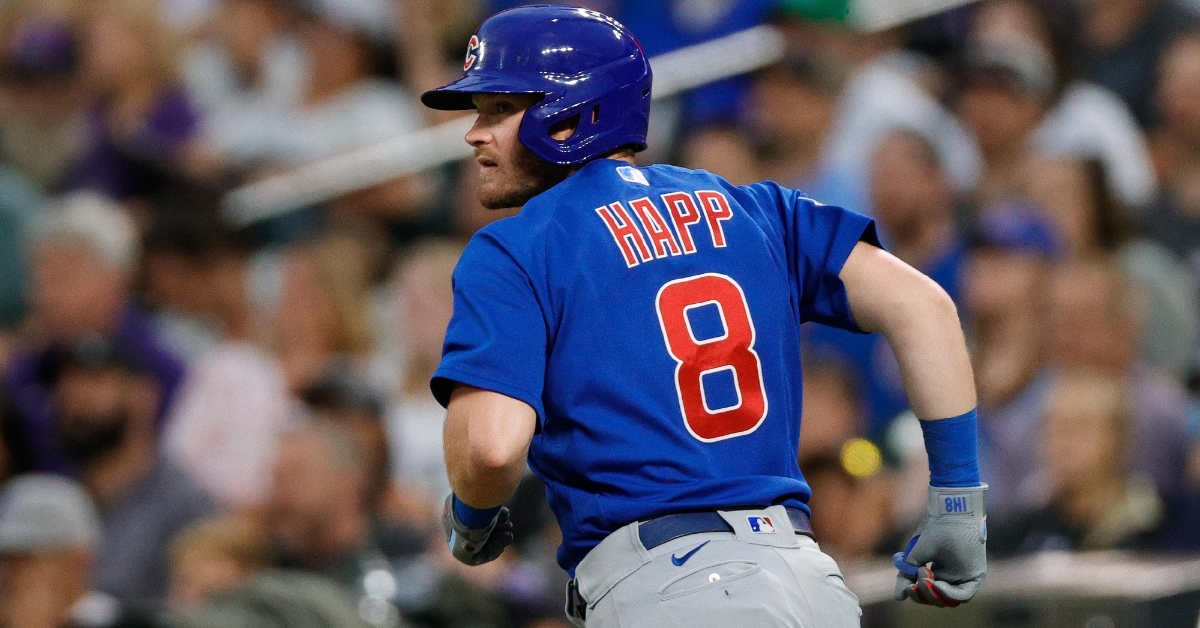 DENVER — A four-run two-out rally in the top of the fifth gave the Chicago Cubs (52-58) life but was not enough to give them the win. Instead, the Colorado Rockies (48-61) won Thursday's series finale at Coors Field after powering out four home runs, including two by Trevor Story. The Cubs, who excelled offensively with two outs throughout the series, trailed 4-0 before coming alive with two outs in the fifth. The Rockies retook the lead in the home half of the same inning, though, and led the rest of the way, winning the rubber match of the three-game set 6-5.

Rafael Ortega began the game with a single off Antonio Senzatela, but Willson Contreras then grounded into a double play. Contreras made up for it by gunning down Raimel Tapia, who led off with a single, at second on a steal attempt in the bottom of the first. Jake Arrieta got taken for a go-ahead solo shot to left with two away in the first, as Trevor Story went yard. Connor Joe led off the bottom of the second with a homer to right, and Tapia scored from second on a two-out single by Ryan McMahon in the third.

RT if you enjoy #StoryTime?? pic.twitter.com/1AmEFujeFE

Arrieta gave up another leadoff round-tripper in the fourth, with Sam Hilliard sending one out to right. However, Contreras likely minimized the damage in the fourth by once again putting his right arm to good use. He picked off Yonathan Daza at third with one out and runners on second and third. The inning ended on an ensuing groundout by Tapia.

Willson Contreras throws to third to pick off Yonathan Daza for the second out of the 4th inning pic.twitter.com/H8YFC0Ip5T

Senzatela came undone with two outs in the fifth. Andrew Romine hit a single that advanced Johneshwy Fargas, who reached via a one-out single, from first to third. Ortega plated Fargas and moved Romine to third with a base hit, and Contreras then slugged a double off the wall in right. Romine scored with ease on the play, and a throwing error by second baseman Brendan Rodgers enabled Ortega to come home and Contreras to reach third. Ian Happ completed the four-run onslaught by smacking a single that drove Contreras across, thus tying the game. At that point, Tyler Kinley relieved Senzaleta and struck out Patrick Wisdom.

#Cubs tie the game with FOUR 2-out runs! pic.twitter.com/yhZYtydoXX

The Rockies were quick to retake the lead, as Jake Jewell gave up a leadoff single to Rodgers in the fifth before serving up a pitch that resulted in Story's second long ball of the day. The 401-footer to right capped off a 10-run at-bat and put the Rockies up 6-4. The Cubs were able to get a run back in the sixth, with a leadoff double by David Bote leading to a single by Frank Schwindel that plated Bote.

#StoryTime is always nice and he did it twice ?? ?? pic.twitter.com/AALC2Ihwpw

Jhoulys Chacin then relieved Kinley and almost immediately benefited from an incorrect call by home plate umpire C.B. Bucknor, who called Fargas out for bunting a ball that bounced into his knee. Fargas was still in the batter's box when the bunted ball touched him, though, meaning that it should have been ruled foul. Kyle Ryan breezed through a 1-2-3 sixth, using just eight pitches. In the seventh, Chacin issued a leadoff walk to Ortega, who then stole second but got left stranded.

Dan Winkler pitched a scoreless seventh, in which Sergio Alcantara helped his cause by robbing Joe of a two-out hit with a nice catch at shortstop. After Carlos Estevez retired the Cubs in order in the eighth, Winkler was pulled with one out in the eighth and Charlie Blackmon entering to pinch hit. Adam Morgan forced Blackmon to ground out but then walked Dom Nunez and gave up a double to Garrett Hampson. Tapia stranded the runners at second and third by grounding out to usher in the ninth, but Daniel Bard had no trouble closing out the Rockies' 6-5 victory by way of a 1-2-3 final frame.