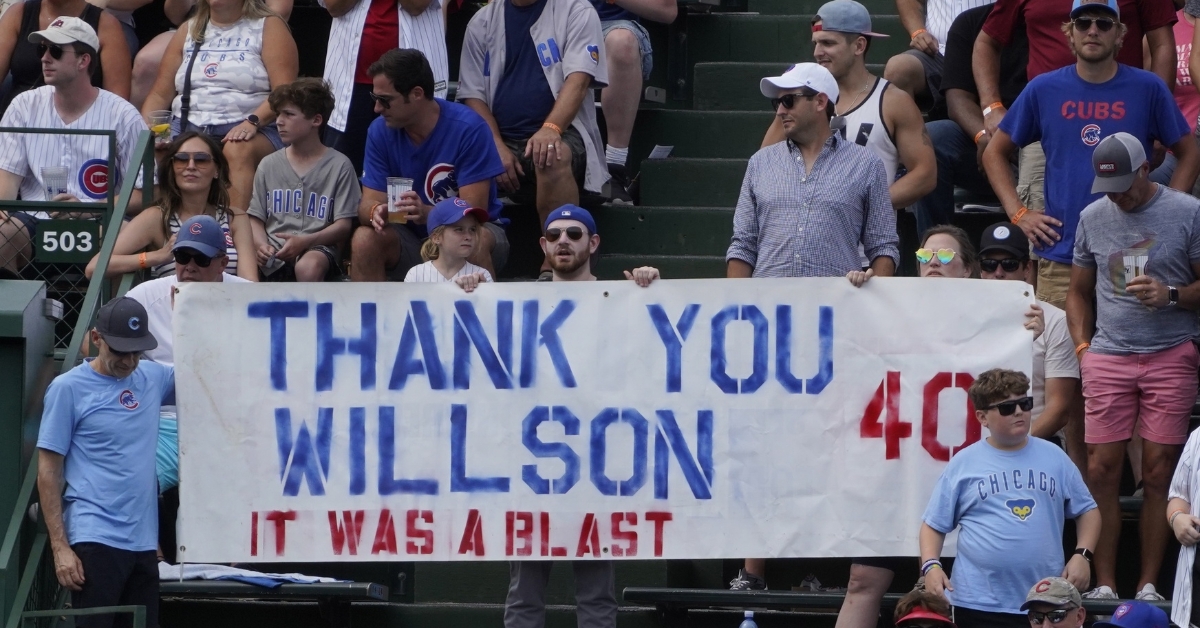 CHICAGO - Winning baseball games can be a fun thing and there was a time when the Chicago Cubs (40-57) forgot how to do that. Well, since the all-star break, not only has this team gone 5-0, but they have now won six straight and continue to extend their season-long winning streak.

Their most recent win came at Wrigley Field Tuesday afternoon when they completed the two-game mini sweep of the Pittsburgh Pirates (40-58) with a 4-2 win. In the process, the Cubs moved back into third place as they over took the Pirates by .5 games in the standings.

For as good as things have been, it was also an emotional and very somber day as Ian Happ and Willson Contreras could easily be playing in their final game as a member of the Cubs at Wrigley Field. For Contreras, it has hit him the hardest as he has been with this organization for 12 years, and it could be coming to end real soon.

As we have seen since the all-star break, the Cubs winning streak has started and stopped with great pitching and that continued with Keegan Thompson on Tuesday. Making his first start of the second half, the right hander was brilliant as he gave the Cubs seven innings of two-run ball while throwing a career-high 97 pitches. Neither of those runs were earned as he finished the day allowing four hits with seven strikeouts.

For the Pirates, they countered with Bryse Wilson on the mound, who managed to give them a strong outing of his own. Despite allowing three runs in six innings, all three of those runs came in the first as his final five frames were some of the best innings he has thrown all season. He allowed six hits and struck out two in what was another tightly contested contest against the Pirates.

For the Cubs, they wasted little time getting things rolling as they jumped all over Wilson in the first. What started with a one-out single from Contreras was followed by a Seiya Suzuki double as the Cubs had two on with one out. A few pitches later saw Happ put the Cubs in front for good as his RBI double gave them a 2-0 lead.

Looking to stay red hot, Nico Hoerner followed that double up with one of his own to extend the Cubs lead to 3-0 in the first. Little did he or anyone know that his double would prove to be the game winning hit as Thompson was locked in.

Despite allowing minimal baserunners across the first four innings, the Pirates did make Thompson work as they picked up a couple of doubles only to come away empty-handed. That could have been a problem had the Cubs not had that big first inning as Wilson began to settle in and matched Thompson pitch for pitch the rest of his outing.

Although the Cubs didn't score off of Wilson the rest of the day, it didn't come without trying as they squared up plenty of balls, but hit them at the wrong people like Ke'Bryan Hayes and O'Neil Cruz. That included a fourth inning single from Yan Gomes which was followed by an Alfonso Rivas double only to see the Cubs come away empty again.

At some point, you had to think the Cubs' hard contact would pay off, but after the sixth inning came to a close, this team was still leading 3-0 as they were starting to go down quietly. With Thompson back out to pitch the seventh, you could sense that the end was near as his pitch count was starting to climb.

With one down in the inning, Cal Mitchell grounded one over to Hoerner, who was unable to make the play resulting in an error. That proved to be costly as Cruz put an end to the shutout bid two batters later with a two-run homer and pulled the Pirates within 3-2. Both those runs were unearned as that homer doesn't happen without the Hoerner error, but Thompson still finished his day with the lead after another impressive outing.

Now a battle of the bullpens, Tyler Beede was first out of the pen for Pittsburgh and despite allowing a two-out single to Rafael Ortega got through the seventh unharmed. Beede also struck out Contreras for what could be his final at-bat at Wrigley Field, but the crowd gave him the recognition he deserved.

Rowan Wick took the ball for the Cubs in the eighth and sent the Pirates down in order looking really good. Since his struggles back in June, Wick started to settle back in and has lowered his ERA by nearly a run in July.

Wil Crowe was next in for the Pirates to pitch the eighth and was greeted rather rudely by Suzuki. Facing an 0-2 count, Crowe grooved one in his happy zone, and Suzuki didn't miss it as he smacked one off the light pole in left for the solo shot to extend the Cubs lead to 4-2. Hoerner and Patrick Wisdom followed that up with singles, but a costly double play from Gomes ended the inning without any further damage happening.

With David Robertston continuing to hear his name in trade talks, Mychal Givens was summoned to pitch the ninth as he was looking for his second save of the season. All he did was look as sharp as ever as he retired the Pirates in order to lock down the win and gave the Cubs their sixth straight win 4-2.