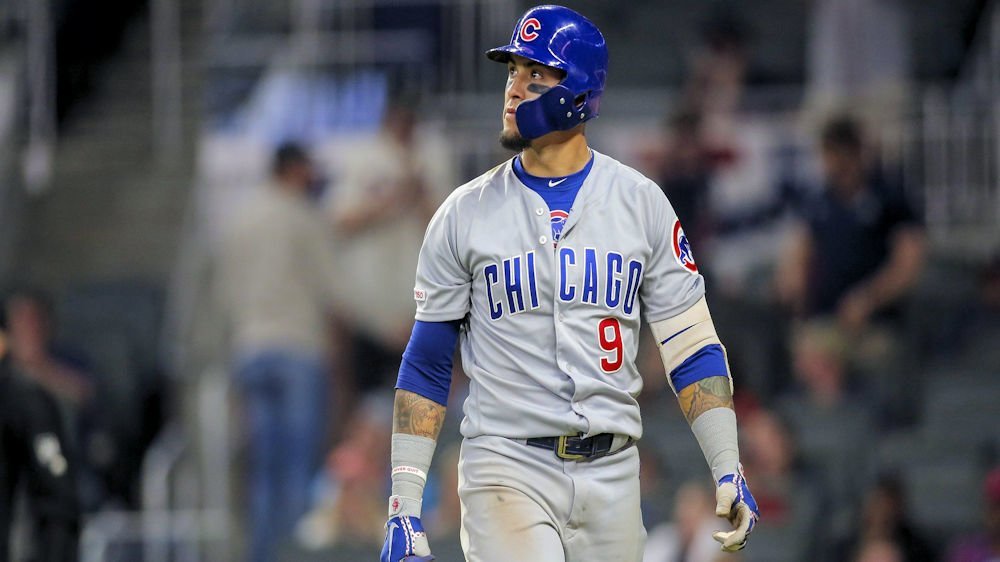 As we flip the calendar to June, it’s time to check in on the NL Central standings, and for the first time since early May, there is a new team on top.

BREWERS: (First place, 34-26 record) After falling behind the Cubs and trailing them for most it May, the Brewers finally regrouped and regained the lead in the division amidst the Cubs’ rough stretch. Powered by Christian Yelich continuing to amaze, the Brewers split a series with the red hot Twins and took three of four from the Pirates. ON DECK To keep the lead atop the NL Central, the Brewers host the Marlins and the Pirates this week.

WHO'S HOT: Both Eric Thames and Yasmani Grandal have been hitting over .400 in their last week, with a pair of bombs a piece. Mike Moustakas also ripped three homers in the previous week for the Brewers as well. And Christian Yelich is still maintaining a historic MVP pace. Both Zach Davies and Josh Hader have been solid options for the Brewers on the mound, providing good depth for the crew.

WHO'S COLD: Jesus Aguilar only knocked one hit in the last week, while Ryan Braun is hitting only a mere .222 in his previous 18 at-bats. Brandon Woodruff has a .13.50 era in his last week of work. Jhoulys Chacin was terrible in his previous start as well.

CUBS: (Second place at 1 GB, 32-26 record) After a poor start, the Cubs were one of the best teams in baseball for most of May, and then they got cold again. A rough stretch that began against the Reds a few weeks ago continued this past week as the Cubs lost two of three in Houston and got swept by the Cardinals in boring St. Louis.

The Cubs bats have been dead during this cold stretch and look to heat up this week at home. The Cubbies will host the Rockies for the first time since the Rockies ended their season last fall, and then look for revenge against the Red Birds this weekend.

WHO'S HOT: Over the last seven days, Jason Heyward leads the Cubs with a .364 batting average. Anthony Rizzo has been scorching the ball and tallied a pair of dingers previous week. On the mound, Kyle Hendricks has been dazzling as of late. The slow-throwing right-hander has a 1.13 ERA in the last week, and a streak of four straight eight-inning starts riding on his start tonight.

WHO'S COLD: Although Kris Bryant is still reaching once or twice a game, he also struck out ten times in the last week while Willson Contreras went down swinging 11 times and both of their averages dropped considerably. Meanwhile, yesterday, Kyle Schwarber broke a streak of striking out in 11 straight games. Both Brad Brach and Tyler Chatwood struggled on the mound last week, while Jose Quintana pitcher a clunker in his previous start.

CARDINALS: (Third Place at 3 GB, 30-28 record) The Cardinals were finally able to stop the bleeding from their dreadful May and crept back into the playoff picture in the NL. The Cardinals have found their formula to win, timely hitting combined with their dependable, young pitching staff and was able to execute it this week. The Cardinals dropped a series to the Phillies but swept the Cubs.

WHO'S HOT: The Cardinals big boppers Marcel Ozuna and Paul Goldschmidt have been raking recently. Ozuna hit .409 last week while Goldschmidt hit .381 and both sluggers clubbed two bombs. Andrew Miller out of the pen and Adam Wainwright have pitched masterfully as of late. Miller hasn’t allowed a run in his last three appearances and Wainwright struck out 18 hitters in his last week of work.

WHO'S COLD: Paul DeJong and Harrison Bader both had rough weeks, hitting below .100. On the mound, Jack Flaherty and Carlos Martinez have been going through a rough stretch, but the Cardinals pitching staff as a whole has been great recently.

PIRATES: (Fourth Place at 5 GB, 28-30) Pirates have slipped below .500 but still have some sparkling shines to show from their first two months. Josh Bell is a prime candidate for the MVP and won May’s player of the month award. The Pirates split with the Reds in a four-game series and then lost three of four to the Brewers over the weekend.

WHO'S HOT: Bryan Reynolds has been scorching hot at the plate, hitting .529 over the last seven days. Josh Bell has inserted his name in the MVP conversation, and Starling Marte has been hitting rockets for the Buccos. Fransisco Liriano and Steven Brault have been pitching well for the Pirates, with sub 3.00 eras over the last week.

WHO'S COLD: Gregory Polanco meanwhile has been scuffling. Polanco is hitting a lowly .105 over his last 22 plate appearances, with 11 hits and only a pair of hits. Richard Rodriguez has been pitiful on the mound, with an ERA well over 15.00 in his last few appearances.

REDS: (Last Place at 6.5 GB, 27-32) The Reds as Len Kasper says are not a last place team, but in this stacked division they are. The Reds ride a solid pitching staff mixed with a young offense but have just been plagued with inconsistency. The Reds split a series with the Pirates and lost two of three against the Nationals over the weekend. This week the Reds travel to St. Louis to play the Cardinals and to Philadelphia to take on the Phillies this weekend.

WHO'S HOT: Derek Dietrich has been smoking the ball for the Reds, hitting .500 with three bombs in the last week. Joey Votto is getting it going as well, hitting .333 over the previous week as well. The entire Reds bullpen has been good over the last week or so as well.

WHO'S COLD: Both Yasiel Puig and Jesse Winker have been struggling to get hits. The pair only has four hits in their last 31 hits combined. On the mound, Michael Lorenzen seems to be struggling on the hill, and although Tanner Roark’s ERA hasn’t been spectacular, he did hit a bomb in the last week.

As the season continues to move along the Brewers, currently hold a small grasp over the division. While some acquisitions are anticipated in the coming days, it’s interesting to see how those may impact the division. As it stands now, the Cubs remain in striking distance even after a 2-8 stretch.