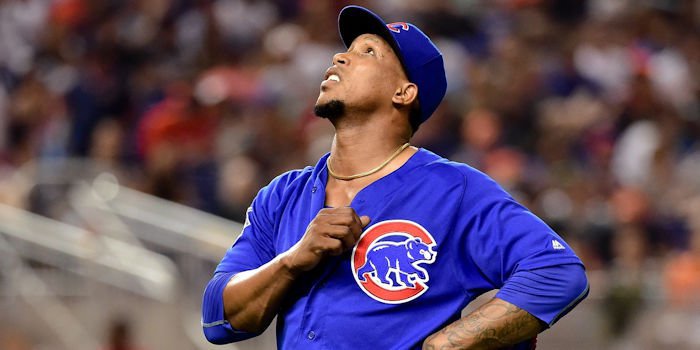 MIAMI -- Giancarlo Stanton hit a two-out RBI single in the eighth inning to lead the Marlins to a 4-2 win over the Chicago Cubs on Thursday evening. Chicago has lost four in a row for the first time since losing four to the Mets last season in the NLCS.

Once again the Cubs tried to rally in the final frame. With David Ross batting, Addison Russell advanced to third and Albert Almora, Jr. to second on a balk by David Phelps. Ross walked to load the bases with one out. However, Phelps struck out Chris Coghlan and got Ben Zobrist to fly out to end the game for his third save. In the last four games, the Cubs had the tying runner in scoring position when the final out was made.

Ross hit his sixth home run in the seventh that tied the game, but no Chicago hitter had more than one hit. The Cubs' lineup was without Anthony Rizzo who is day to day with a stiff back.