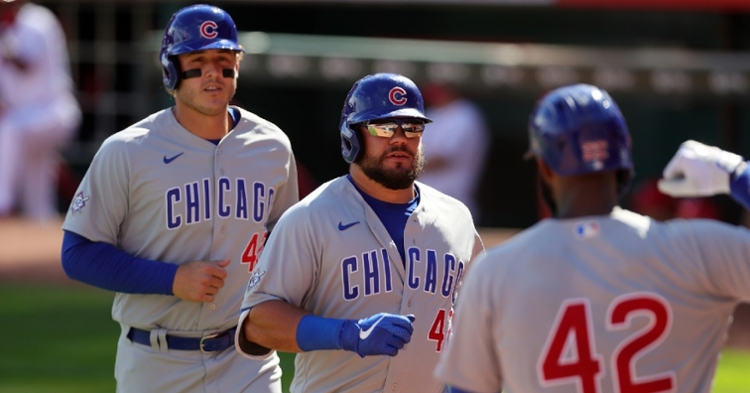 The Los Angeles Dodgers are now just one win away from clinching their first World Series title since 1988. With that, the 2020 season that has been one of the oddest and most memorable season would end.

As is the way with the MLB, all contracts that expire after this season would expire as soon as that last out is recorded.

As the Cubs roster stands now, here is an update at which players would be free agents as early as tonight — and who else is close to entering free agency.

Those who will be/ could be free agents following the last out of the 2020 season:

Brandon Morrow - has already been bought out by the Cubs

Those who are due to be free agents after the 2021 season:

Anthony Rizzo - if the 2021 option is picked up

Daniel Descalso - if the 2021 option is picked up

Those who are due to be free agents after the 2022 season:

Those under contract through 2023 or beyond:

This does not include pre-arbitration players such as Ian Happ, Adbert Alzolay, Nico Hoerner, Victor Caratini, Rowan Wick, Alec Mills, and more who the Cubs have locked up for as long as they wish, but no contracts yet.

So the Cubs obviously have some significant money coming off the books this season, but the team also has numerous significant holes to fix. The Cubs also have a core of five players, four of them have just one year of control left. In addition to that, the core that the Cubs have is aging and coming off one of their worst seasons collectively.

On top of that, the bullpen has been an element of this team that has overachieved in recent years down the stretch but needs to be a deeper unit with more powerful and reliable arms to count on in high leverage situations.

And the offense is the biggest thing to address, especially since it’s been the offense that had disappointed at the end of each of the last four seasons.

Above all of that, the team's President Theo Epstein is a year away from leaving the Cubs most likely, and some speculate that his departure may come sooner.

This all in the midst of a global pandemic that has devastated the MLB and the Cubs financially, a free agent market that has not been set and may be extremely different, and a budget issue that has constrained the Cubs from spending in years past.

This is an extreme crossroads for a Cubs organization that promised sustained success after a dreadful rebuild. A World Series was won, and success has been somewhat sustained, but that window on this team is obviously closing. It’s up to the Cubs to make some crucial roster decisions, possible as early as tomorrow, to get this ship back afloat.