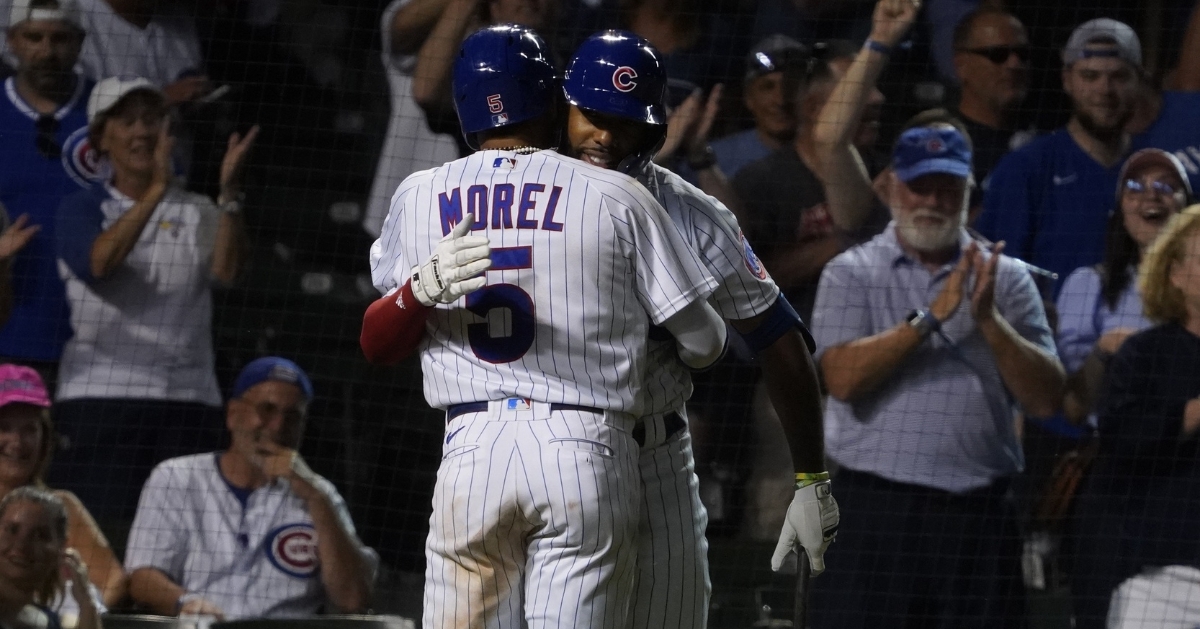 CHICAGO - It was a night to remember on Thursday night at Wrigley Field as the Cincinnati Reds (26-49) and Chicago Cubs (30-46) took to the field for the rubber match. After coming away with a convincing win on Wednesday, the professor took the ball on Thursday as he looked to take down the rookie Graham Ashcraft.

Entering his start with a 7-6 record and a 4.47 ERA against the Reds, this is one team that has done a reasonably decent job getting to him. Fortunately, this wasn't one of those nights as Hendricks turned in his second consecutive strong outing. Across six innings, Hendricks allowed two runs on six hits to go with seven punchouts. When your offense backs you with 15 runs of support and 23 hits, it makes life easier as the Cubs took their second straight series 15-7 over the Reds.

For the most part, Ashcraft has been solid this season as he is another one of those new faces the Reds are counting on this season. This wasn't one of his better starts as he surrendered seven runs in just 2 1/3 innings to take the loss and fell to 4-2 on the year.

The best way to win a ball game is to score first and jump out to a fast start. The Cubs did both things with Patrick Wisdom reaching on an error to plate the game's first run in the first before the offense opened things up in the second. Three straight singles from PJ Higgins, David Bote, and Christopher Morel opened the second inning before Rafael Ortega hit a sacrifice fly to make things 2-0. Following an Ian Happ walk to load the bases, it was time for Wisdom to come through again as he cracked a Grand Slam to put the Cubs up 6-0.

Add in the Morel RBI single in the bottom of the third, and the Cubs were off and running with a 7-0 lead. Morel had a great night as he went a perfect 5-5 at the plate and became the first Cubs rookie to have a perfect 5-5 night at the dish. It took the Reds four innings to come through with their first run, and it shouldn't surprise anyone to see Joey Votto grab the RBI.

Known as a Cub killer for the better part of nearly 15 years, Votto picked up an RBI single in the fourth to put the Reds on the board before turning around and hitting a solo shot in the sixth to make things 7-2. That was the final inning of work for Hendricks as he left with the comfortable lead only to have the offense pick up some more runs in the process.

After scoring seven runs in their first three innings, the Cubs one-upped themselves and scored eight more times across their final three at-bats. Two came home in the sixth inning when Wisdom cracked his second homer of the game ahead of the Yan Gomes RBI double. Wisdom had a massive night at the plate, coming away with three hits and six RBIs to lead the Cubs offensively.

The Cubs would then add another run in the bottom of the seventh as Narcisco Crook collected his first MLB hit and RBI with an RBI double to extend the lead to 10-2. Hoping to finally string together a good outing after being roughed up for the better part of two weeks, David Ross made the call to go with Rowan Wick in the eighth.

This was one of those situations where you would have loved to see him make quick work of things, but that was far from the case. Wick managed to retire the first two hitters he faced until he ran into some trouble as hard contact started to rain down on him again. Singles from Tommy Pham and Votto put a pair of runners on base. Those singles were followed by RBI singles from Kyle Farmer and Mike Moustakas as the Reds pulled within 10-4.

Leading by six in the bottom of the eighth, the Reds were not going to use another arm as they went with a position player on the hill. As fun as it is to see a position player pitch, it is becoming far too freqent, and that is not the look major league baseball needs.

At this point, Max Schrock was going in there to save some of the Reds arms and have a little fun in the process. With Nico Hoerner starting things off with a single, Higgins would answer as his third homer helped ignite a huge eighth inning for the Cubs. Two batters later saw Morel cap off his five-hit night with a booming homer before a Crook single, and Willson Contreras double put a pair of runners on base.

That set the stage for Nelson Velazquez, who came through with an RBI double to cap off the five-run frame, with the Cubs leading 15-4 heading into the ninth. Not the cleanest of innings, Brandon Hughes, allowed a leadoff walk to Schrock and then followed that up with a Michael Papierski single as the Reds had two on and no outs.

With two outs and on the verge of getting out of things, Hughes missed with one pitch to Pham, and he did the rest as his three-run shot made things 15-7. The Reds would fall by that score as the Cubs close out another series win. Not only did Morel have five hits, but Wisdom, Hoerner, and Higgins had three. Crook, Contreras, and Happ added multi-hit games of their own as the Cubs rolled to the 15-7 win.