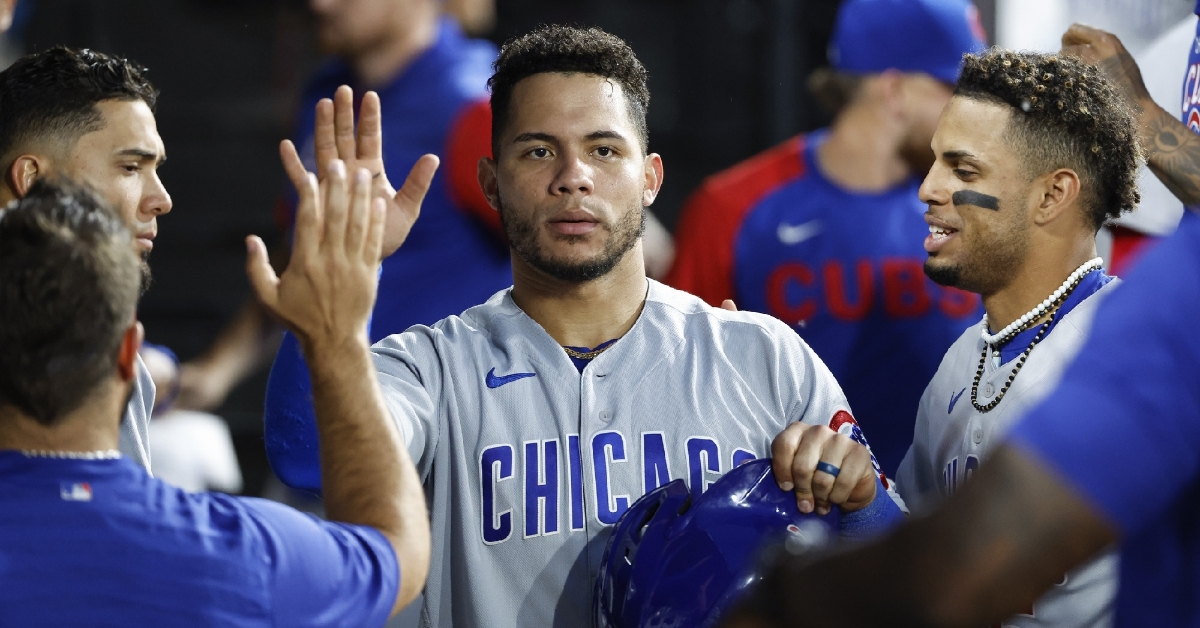 CHICAGO - After a much-needed day off following their embarrassment of a performance against Cincinnati, the Chicago Cubs (19-26) headed to Guaranteed Rate Field to take on the Chicago White Sox (22-23) for round two of the Cross-Town Cup.

Given that this team has a pair of doubleheaders coming up this week, the Cubs will need more bodies to fill in the starting rotation. One of those bodies appears to be Keegan Thompson, who will be given a few more cracks. When you look at pure domination, Thompson has been dominant and has arguably been the team's best and most consistent pitcher all season.

He continued that by keeping the potent White Sox lineup in check, holding them to one run on five hits across five innings of work. Opposing him was a familiar foe in Johnny Cueto, who may have a permanent spot in the rotation due to Dallas Kuechel being let go. Not the guy he once was, Cueto can still pitch, allowing just three runs through six innings before allowing two more in that frame. That proved too much for the White Sox to overcome as the Cubs picked up a 5-1 win.

One thing the Cubs continue to do is score early and often, as that has been helped by Christopher Morel taking over the leadoff role. Not only did he start things off with a single, but Morel would come around to score off the Patrick Wisdom double to give the Cubs a 1-0 lead. Two pitches later saw the other half of the Schwisdom connection come through, with Frank Schwindel picking up an RBI single to double the lead 2-0.

The second inning continued to trend in the right direction for the Cubs, with Nico Hoerner and Rafael Ortega leading things off with singles. An Andrelton Simmons RBI ground followed those hits as the lead grew to 3-0. Looking to pull a bit closer in the second, Thompson was bailed out by his defense as Jake Burger singled up the middle only to have Yasmani Grandal nailed at home plate by Ortega to keep things 3-0.

That was basically the only great scoring chance the White Sox had off of Thompson as the Cubs offense went back to work in the fourth. Not only did Hoerner get things rolling with a one-out single, but walks by Ortega and Morel loaded the bases with Willson Contreras coming to bat. Unfortunately, the Cubs couldn't do anything with that, and the game remained 3-0.

It took five innings for someone to solve the Thompson mystery, with the recently recalled Burger being that someone using his fourth homer of the season to pull the Sox within 3-1. An Adam Engel double followed that homer, but Thompson recovered to retire the next two hitters and got out of the fifth with the lead.

Now up to the pen, Scott Effross was called upon to pitch the sixth, walking one and striking out the side. Outside of those first two innings, Cueto pitched well enough to win this game, but things started to go south in a hurry after letting him continue into the seventh.

Simmons led things off with a single and advanced to third on the Contreras double. An intentional walk to Happ loaded the bases before the Schwisdom connection delivered again. Wisdom was the first to do damage adding an RBI forceout to his early game double, while Schwindel picked up another RBI hit to make things 5-1.

That set the tone for the back of the Cubs pen with Rowan Wick on to pitch the seventh. Despite allowing a pair of singles, Wick was able to keep the Sox off the board, and it was time for Mychal Givens to pitch the eighth. In his first game in a few days, Givens was sharp, retiring the Sox in order to send the game into the ninth inning.

With the Cubs unable to add on in their half of the ninth, David Robertson entered in the ninth in a non save situation. A leadoff walk to Grandal wasn't the start he was hoping for, but as he has done so often this season, Robertson battled back and retired the next three hitters to preserve the Cubs 5-1 win and keeps them in the running for the crosstown cup.

Hoerner continues to hit the ball well since returning to the lineup as he led the way with three hits. Schwindel added two hits to go with Two RBIs, with Wisdom also adding two RBIs in the win.