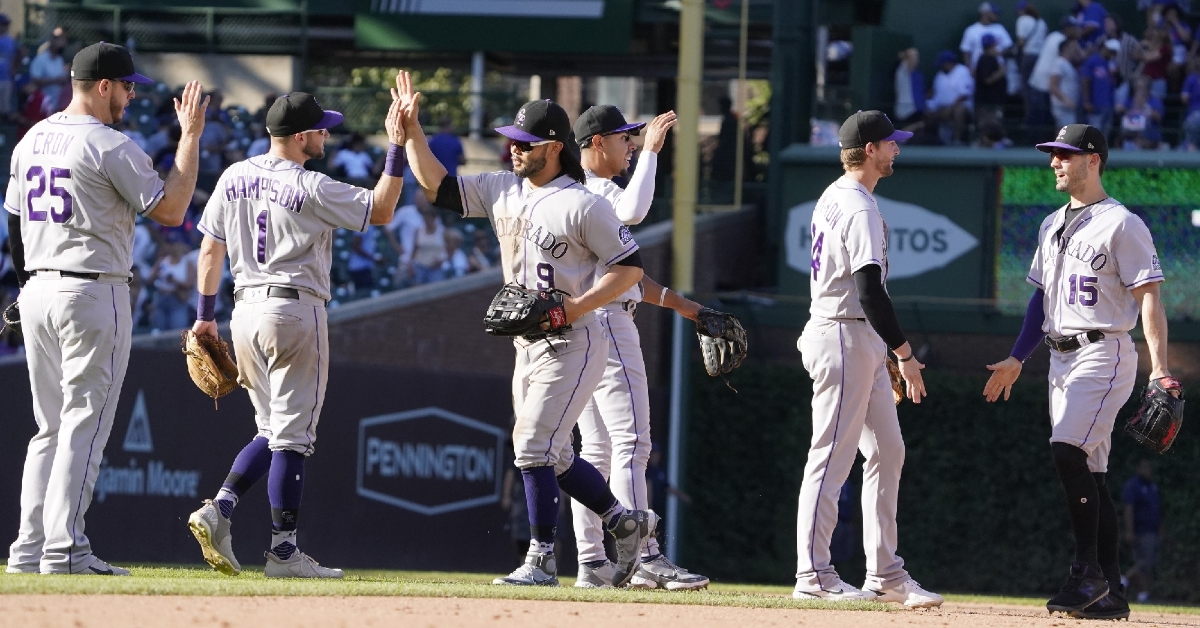 CHICAGO - For whatever reason, the Chicago Cubs (62-84) have played better on the road this season than at Wrigley Field. That is just one of the anomalies of baseball, as the Cubs haven't been able to consistently put together a good stretch of baseball at home.

With a chance to pick up a series win before heading to Miami, the Colorado Rockies (64-82) had other plans as their four early runs, including three in the first, were just enough to top the Cubs 4-3 and claimed a series win. It took four starts for Javier Assad to have a clunker, and it came at the worst time.

Ever since being called up, Assad has not only been good, but as consistent as they come despite allowing plenty of traffic on the bases. His run of success came to an end on Sunday as he lasted just two innings and surrendered four runs on two hits. He walked four and struck out three, which has often been an issue.

Once Assad departed, the combination of Michael Rucker, Erich Uelmen, Mark Leiter Jr, Manny Rodriguez, and Rowan Wick was very good as they not only tossed seven shutout innings, but allowed just three hits. They walked three, struck out 11 to keep things close, and kept the Cubs in the game.

The problem was that Ryan Feltner was outstanding on the mound and was backed by four early runs of support. Feltner got into the sixth inning and was pulled after allowing three runs in 5 1/3, but struck out four. All three of those runs came off the bat of Yan Gomes, but that was it in terms of the Cubs offense.

A big reason for Assad's struggles was the lack of command in the first. After striking out the first batter he faced, Assad went on to walk the bases loaded on the following three hitters, which put him in a massive jam. Those three runners came around to score as Brendan Rodgers brought home the game's first run on an RBI groundout, while Randal Grichuk picked up a two-run single to make things 3-0 Colorado early.

Not only did Gomes drive in all three runs, but he was responsible for three of the team's six hits, with the first one coming on a single in the first. As if the first inning offense wasn't bad enough for Colorado, they added to their lead in the second as Connor Joe took Assad deep to start things off to make things 4-0. That would be the game's final run for the Rockies as it was up to the Cubs offense to battle back and their pitching to keep things close.

With Rucker on to work the third, Charlie Blackmon led things off with a single before Rucker worked around a second baserunner later. After failing to get much of anything going in the first two innings, Michael Hermosillo led off the third with a single, while the walk to Christopher Morel put two runners on base. Gomes cashed in later in that half of an inning as his single opened the scoring for the Cubs and cut the deficit in half 4-2.

Despite the Cubs offense still struggling, their relief pitching stepped up after struggling to do much of anything in the second half of the year. Even with Uelmen allowing a pair of baserunners in the sixth, he managed to pitch around that jam as the Cubs remained down by two.

That set things up for the Cubs best scoring chance since the second inning when Gomes led off the third with his eighth homer, while the one-out double from David Bote kept the offense in business. A walk from Jared Young later in the inning put two runners on base, but the Cubs couldn't find a way to scratch across the tying run and wasted a golden opportunity.

Colorado saw their offense starting to show signs of life off of Wick in the ninth as a leadoff double by Garrett Hampson was followed by a walk giving the Rockies two baserunners with no outs. Fortunately, Wick recovered as he struck out the next two hitters and got the game to the ninth inning, where the Cubs needed one run to tie things up.

The problem with that was Daniel Bard was on the mound as he continued to put together an outstanding season. In less than 20 pitches, Bard struck out a pair of hitters and retired the Cubs in order as the Rockies not only took the weekend series, but claimed the season series over the Cubs 4-3. Gomes led the way with three hits and all three RBIs, with Bote picking up two hits.