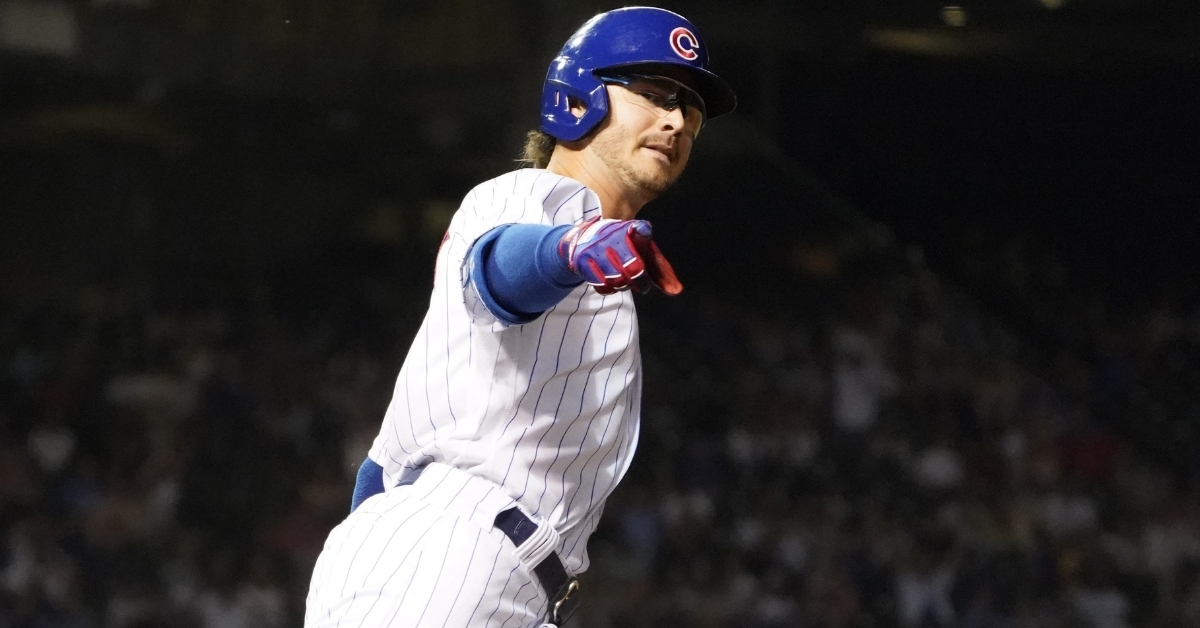 CHICAGO - If there is one thing to take away from the 2022 Chicago Cubs (54-70) season, it would be that they don't quit or are intimidated by anyone. Even with the first-place St. Louis Cardinals (71-53) invading Wrigley Field this week, the Cubs have managed to play them tough, splitting the first four of a five-game set and guaranteeing themselves at least a .500 homestand.

Not too shabby when you hosted Milwaukee over the weekend before this, as the Cubs continue to play great baseball since the all-star break. The more you look at this team, the more you start getting those 2014 vibes back. If you remember, that was a horrible team most of the season, but things changed once they began to call the kids up in the second half.

That led to some massive free agent spending the next two seasons, and a World Series ring followed. Hopefully, that will be the same path again this time as the Cubs have the fourth-best record in the National League since the all-star break. A big reason for their success has been their pitching, particularly starting pitching.

Their 2.85 ERA since the all-star break is second in the National League, and even with Luke Farrell making a spot start, the success continued as the Cubs took down the Cardinals 7-1. Known as an innings eater, fans didn't know what to expect from Farrell mainly because he posted a 5.40 ERA with AAA Iowa. He may not have lived up to his inning-eating name, but he allowed just one run in 4 1/3 with three strikeouts to continue the strong pitching performances.

Farrell needed to be good as he took the ball against Miles Mikolas, who has quietly been putting together a great season. Record aside, Mikolas has an ERA in the Low 3's and isn't given the run support he deserves. He continued to pitch well, giving the Cardinals 6 2/3 innings of work with three strikeouts, but he was on the losing side of things allowing five runs with three earned.

Most of the damage against Mikolas came in the second inning when the Cubs grabbed the lead and didn't look back. Nico Hoerner led things off with one of his three hits while a Patrick Wisdom walk and Rafael Ortega single loaded the bases with no outs. The next three hitters did the damage for the Cubs, with Yan Gomes and Zach McKinstry picking up RBI fielder's choices and Nelson Velazquez picking up a double to put the Cubs in front 3-0. Velazquez was credited with the game-winning RBI as the pitching for the Cubs continued to be an issue for the Cardinals.

Farrell managed to work around a pair of singles in the third inning as he continued to limit the damage the Cardinals could do. With two down in the fourth, Corey Dickerson picked up a single before advancing to third on the Albert Pujols double to give the Cardinals their best opportunity of the day. There were unable to do anything with that opportunity and were kept off the board again.

The lone run for the Cardinals came in the fifth inning when Lars Nootbaar took Farrell deep to make things 3-1. That was the final pitch he threw as Rowan Wick entered the game in relief. Looking to rally off the Cubs pen in the sixth, the Cardinals positioned themselves with one-out singles from Tyler O'Neill and Dickerson, but Wick did what he had to do to keep things 3-1.

Expecting the Cardinals offense to heat up at some point, the Cubs needed more offense and found that from McKinstry as he connected for the two-run shot in the seventh to extend the lead to 5-1. This was his second homer of the season for McKinstry, but his first since joining the Cubs.

One of the hottest relievers on the team has been Brandon Hughes, and after striking out the side in the eighth, you can see why. That put things back in the hands of the Cubs offense as they went to work again. Singles from Ian Happ and Franmil Reyes led things off with Hoerner making it three straight to extend the lead to 6-1.

Facing a bases-loaded and one-out situation, Gomes pushed the final run across as his sacrifice fly made things 7-1 in favor of Chicago. That would be all they would need a Kervin Castro took care of business in the ninth to seal the victory. Hoerner busted out of a mini-slump and led the offense with three hits and an RBI. Ortega added two hits and five hits in the last three days, while Gomes and McKinstry were responsible for five of the seven RBIs.