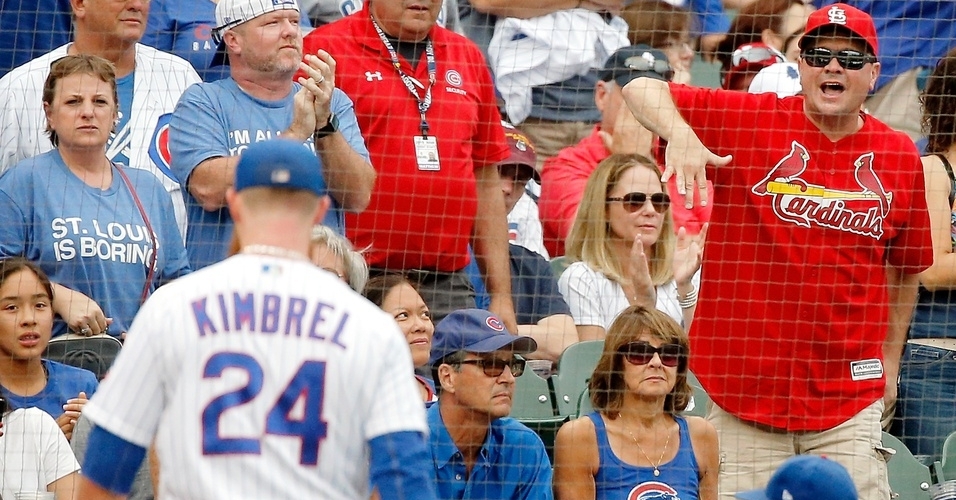 Chicago Cubs closer Craig Kimbrel was taken deep twice in a blown save that resulted in the Cubs' fourth 1-run loss in a row. (Credit: Jon Durr-USA TODAY Sports)

CHICAGO — Oozing with playoff vibes, the nail-biting battle between the Chicago Cubs (82-73) and the St. Louis Cardinals (88-67) on Saturday featured six home runs, five lead changes and one stunning pinch-hitting appearance that resulted in a game-ending strikeout. On a windy day at Wrigley Field, the division foes fittingly engaged in a turbulent duel that had all of the makings of a postseason battle. In the end, the Cubs lost 9-8 for their fourth straight 1-run loss and fifth straight defeat overall.

A grand total of 16 pitchers were utilized in the intense matchup, which lasted approximately 4 1/2 hours. Jose Quintana started on the mound for the Cubs and continued his recent skid by giving up five runs in 3 1/3 innings pitched. Daniel Hudson began the game on the hill for the Cardinals, and he was taken for three runs in three frames of work. St. Louis went up 1-0 in the top of the first, with Tommy Edman hitting a triple and then coming home on an RBI groundout by Paul Goldschmidt.

The Cubs answered with a 3-run bottom half of the first. Hudson walked in two runs before Jason Heyward brought across another run via a sacrifice fly. Goldschmidt ushered another baserunner home with a sacrifice fly in the top of the third, and the Redbirds retook the lead with a 2-run fourth inning. After Rangel Ravelo slapped an RBI single, Quintana was pulled, and Cubs reliever Danny Hultzen proceeded to get taken for a 2-run single off the bat of former Cub Dexter Fowler.

In a pinch-hitting situation, Ian Happ tied the score at 5-5 with a 443-foot 2-run blast that sailed out beyond center field in the bottom of the fourth. Cubs youngster Nico Hoerner smashed a leadoff tater in the bottom of the sixth for yet another lead change. Hoerner's third career long ball was answered with a 2-run shot cranked into the seats by Marcell Ozuna in the top of the seventh. Keeping the seesaw nature of the game alive, Tony Kemp powered out a go-ahead 2-run homer in the bottom of the seventh for the Cubs' second pinch-hit bomb of the afternoon. Interestingly, Kemp was given new life when a balk was called on what would have otherwise been strike three. 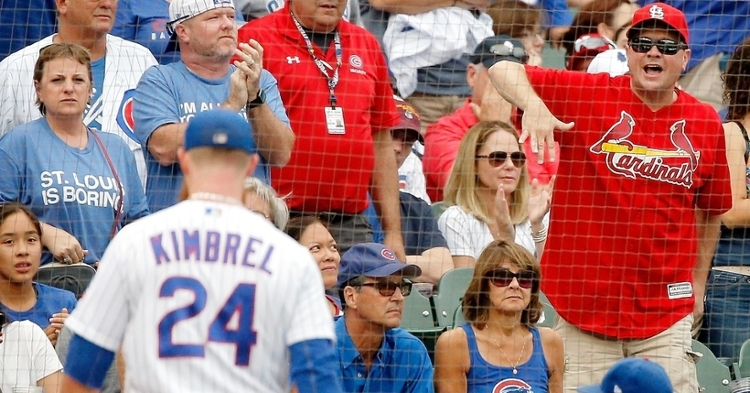 Chicago Cubs closer Craig Kimbrel was taken deep twice in a blown save that resulted in the Cubs' fourth 1-run loss in a row. (Credit: Jon Durr-USA TODAY Sports)"

Chicago reliever Brad Wieck fanned Ozuna for an inning-ending strikeout that left runners on the corners stranded in the top of the eighth. However, for the second time in the series, Cubs closer Craig Kimbrel gave up the North Siders' lead. Kimbrel pitched the ninth and gave up back-to-back solo jacks on his first two pitches. A game-tying blast by Yadier Molina was followed by what turned out to be a game-winning jack from Paul DeJong.

Kris Bryant drew a leadoff walk against Cardinals closer Carlos Martinez to kick off the bottom of the ninth, but the Cubs suffered three consecutive outs after that. Shockingly, Javier Baez, who was only just cleared for "light" baseball activities a few days prior, pinch hit for Kimbrel, indicating that his thumb injury had healed enough for him to properly grip a bat. Baez whiffed at three pitches in a row, though, wrapping up the Cubs' heartbreaking 9-8 loss, thereby perpetuating the North Siders' late-season slide. The grueling slugfest marked the longest 9-inning game ever played at Wrigley Field.