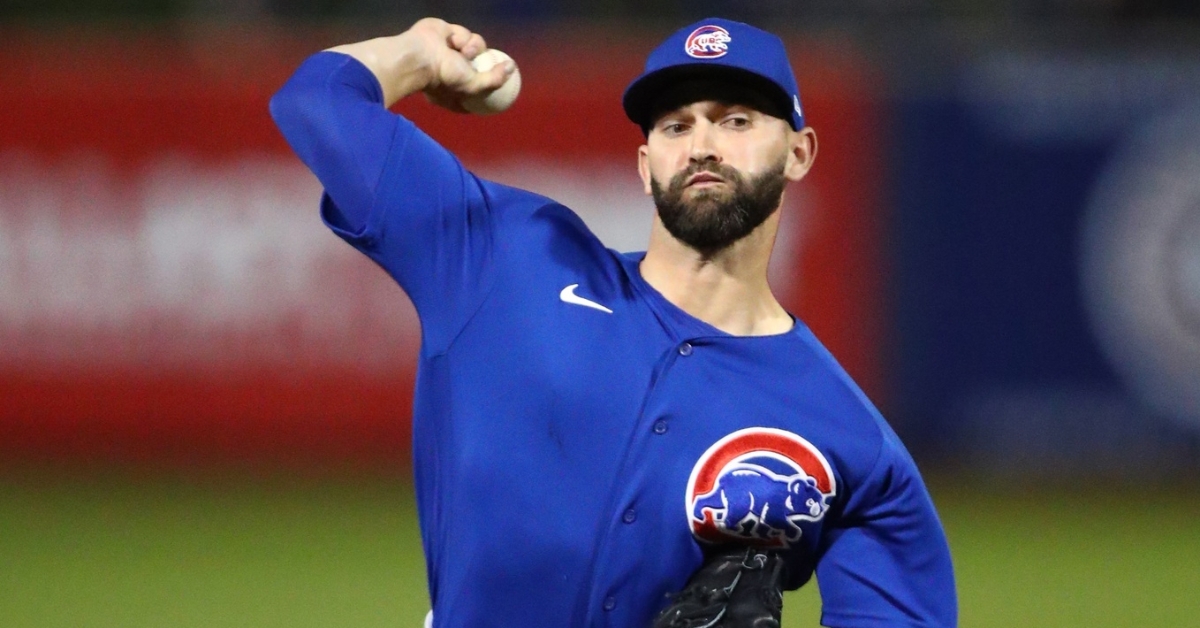 The Cubs get both Jose Quintana and Tyler Chatwood off the injured list today, a much-needed boost to a pitching staff that could certainly use it.

The story of the season for most of the league surrounds the Covid-19 pandemic and how the MLB will manage the pandemic and potential outbreaks. For many teams, the question is, will our team have the pitching depth to last for a 60 game season.

The Cubs entered this season knowing that starting pitching depth was a potential flaw, while the glaring deficiency was the bullpen. Out of the gate, however, the Cubs had one of the strongest starting rotations despite some injuries. On the other hand, the Cubs’ bullpen has been a disaster, with only a few options entering the alleged circle of trust of new manager David Ross.

Mills has excelled in the fifth starter spot, as he is now 3-2 with a 4.55 ERA after his seven-inning, seven strikeout performance on Monday night in Detroit.

Each starter has had their share of rough or rocky starts, the latest being Jon Lester’s eight-run output against the White Sox, but the rest of the batch has been excellent.

Almost halfway through the season, here is how the Cubs’ rotation looks aside from Mills, who was mentioned above.

Chatwood’s numbers do not look as good as they indeed have been. His third start was against the Royals, where he gave up eight runs in just 2.1 innings pitched. His first two starts had Chatwood pitching 12.2 innings, giving up only one run and striking out 19 batters.

After that dreadful start in Kansas City, Chatwood experienced some discomfort and was placed on the 10-day injured list with a mid-back strain.

That left the Cubs with only 60% of its expected opening day rotation and a slew of games to cover with the Cardinals coming into town for five games in three days.

Adbert Alzolay, Tyson Miller, and Colin Rea picked up starts, and the Cubs managed to win two of those three games — but the Cubs being on a streak of losing seven of 11 games before beating Detroit on Monday highlighted the fact that a call for depth was much needed. Rea pitched a game that was primarily an all-staff bullpen day that the Cubs lost. Miller pitched just two innings in his start, but the Cubs were able to win the shortened game against St. Louis.

Alzolay’s start was very encouraging, as he was called up from the Cubs’ alternate training site, and he delivered a strong five-inning performance of shutout baseball, allowing just two hits and striking out six.

Well, that call for help has been answered. Both veteran pitchers Jose Quintana, who has not pitched yet this season, and Tyler Chatwood will be returning to play on Tuesday against the Tigers.

David Ross announced the plan initially is to immediately insert Chatwood back into his place in the rotation and have Jose Quintana piggyback him out of the bullpen as they ease the lefty back into form.

Without a doubt, good timing for a team that has struggled to get outs at times. For the Cubs, any contribution they can get from Quintana, whether at the beginning, middle, or end of games, is much needed. And if Chatwood can look like the pitcher he was in his first two starts, it will almost feel like the Cubs added these two players midseason the same way a trade would feel — bottom line, a significant boost to the Cubs’ pitching staff.