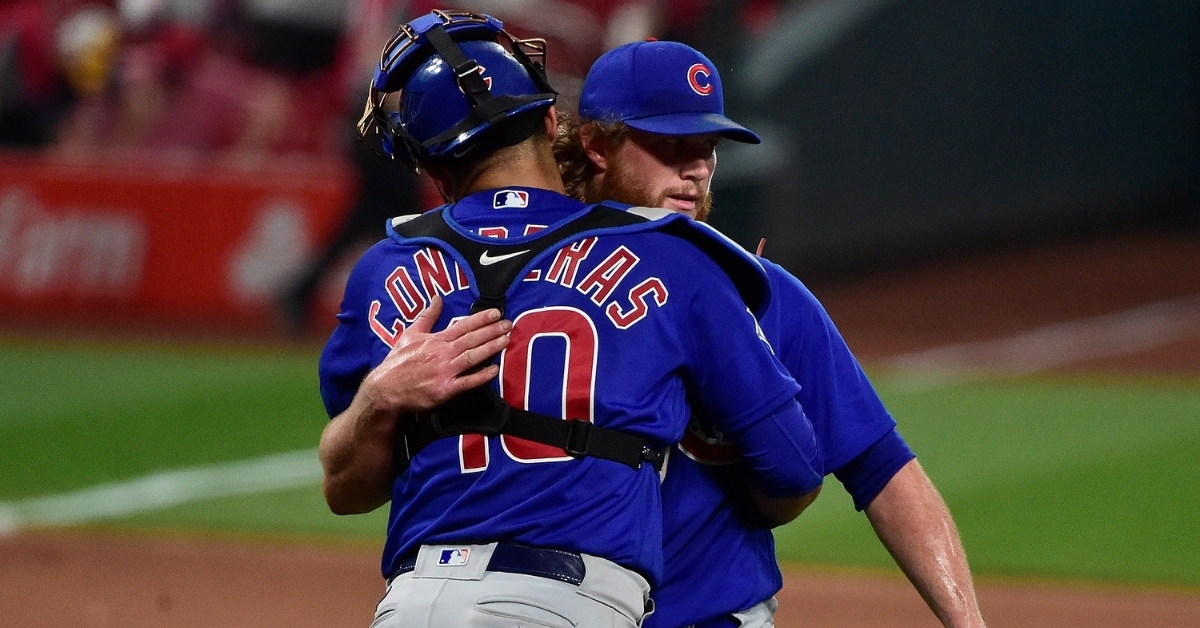 The Cubs have been playing some of the best baseball in the majors in May, and sit just a half a game behind the St. Louis Cardinals for the lead in the NL Central division.

While a lot has been made of the Cubs much-improved offense over the last calendar month plus — which has been very noticeable, especially after the Cubs started the season on a historically bad offensive pace — but it has been a pitching staff and a mostly a bullpen that has battled through injuries and turned in a wildly impressive stretch with great hope for the future.

It all starts at the back with Craig Kimbrel, who has been electric this season in save situations for the Cubs.

Kimbrel has pitched to the tune of a sparkling 0.90 ERA with 10 saves — as his fastball has sat near triple digits and his curveball has had more bite than ever. With the veteran closer serving as an anchor for David Ross’ bullpen, the Cubs have had nice contributions from the rest of their pen.

Ryan Tepera and Andrew Chafin have been brilliant in intense setup situations for the Cubs, which is a nice luxury for Ross to have considering one is a right-hander and one is a lefty. Tepera is the righty and has a 2.82 ERA in 22.1 innings this season. Tepera was a late addition to the squad this season, but after a strong showing in 2020 — and an accidental MVP vote — Tepera has once again served as a reliable option for Ross late in games.

With him has been hillbilly looking left-hander Andrew Chafin who has a 2.45 ERA this season, and has allowed just six runs in 23 appearances this season.

As you shuffle down the list, the Cubs have found multiple other pitchers to rely on in high-leverage situations — including Dan Winkler and left-hander Rex Brothers. Winkler has been outstanding, with a .59 ERA in about 15 innings of work this season. Brothers has worked about the same amount of innings as Winkler and has struck out 27 batters, almost two-per-inning.

Despite Brandon Workman and Jason Adam getting designated for assignment — after being expected to take a large role in the bullpen this season — and stints on the injured list for Alec Mills, Shelby Miller, Trevor Megill, Jonathan Holder, the Cubs have seen some homegrown talents pick up some quality innings.

Both Keegan Thompson and Tommy Nance have displayed their elective stuff this season — Nance with a fastball near 100 miles per hour and a slider with a big break. Thompson has shown an ability to control his pitches, as he has 13 strikeouts in 8 outings, including the occasional spot start. Plus, Justin Steele, a homegrown lefty, has displayed an ability to get big outs while keeping his emotions intact — as he has a 2.03 ERA in 11 games.

This is a very encouraging sign for a Cubs team that has struggled to manufacture homegrown talent in the Theo Epstein / Jed Hoyer era.

In addition to that, Dillon Maples and his electric slider have been effective this season, pitching to the tune of a 1.72 ERA in 12 games. Not to mention Rowan Wick is expected by many to be the Cubs’ next closer, and he has yet to pitch for the Cubs in 2021. Brad Weick who has had success at a major league level is just getting back from injury and the Cubs await Mills, Steele, Miller, Holder, and Megill back from the injured list.

It seems the Cubs have finally begun to put a bullpen in place that can stay intact for multiple years, instead of battling through early struggles and piecing together a successful one as the season trudges along. While some members of the bullpen could be traded at the deadline or depart in free agency, it seems apparent the organization has some confidence that this bullpen can be successful for years to come — and the system intact that produced the bullpen is finally beginning to pay dividends.