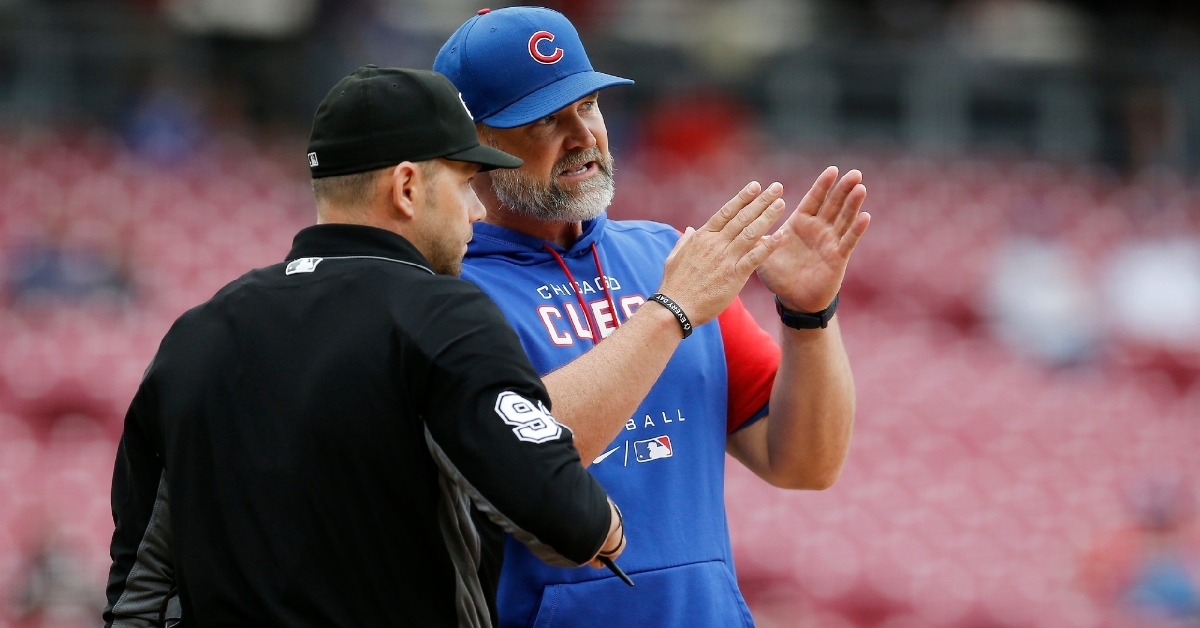 CINCINNATI - On what was a long and rainy afternoon at the Great American Ballpark, the Chicago Cubs (18-26) picked the worst time to play their worst game of the season. With a chance to claim the Series against the Cincinnati Reds (14-30), Justin Steele took the ball against flame-throwing rookie Hunter Greene.

Coming off arguably his best two starts of his career, Steele was hoping to keep the magic rolling against a Reds team that is frankly not very good. Instead, it was Steele pitching perhaps the worst he could possibly pitch as he lasted just two innings and allowed seven earned runs in the process. That was only the beginning as the Reds hammered the Cubs 20-5 in a laugher of an afternoon.

While the result was not pretty, the Cubs did get off to another great start, which they have done all Series. With Greene known for his high velocity, it was imperative that the Cubs jump on him early in hopes of chasing him before he could settle in.

Christopher Morel continued to thrive in the leadoff spot, opening up the game with a single and then advancing to second on the Ian Happ walk. With two down in the inning, the suddenly scorching Frank Schwindel added to an already great series as his two-run double put the Cubs in front 2-0.

In the second, things continued to trend in the right direction as Nico Hoerner returned to the starting lineup and connected for a solo homer to make things 3-0. The Cubs put two more runners on base in that inning, but Greene managed to get out of it without further damage and gave the Reds five innings to record his second win this season.

The once comfortable lead for the Cubs quickly evaporated in the bottom half of the second as Kyle Farmer took Steele deep for a two-run shot to make things 3-2. That was only the beginning for the Reds as the Cubs were about to endure a nightmarish third inning that buried them for good.

What started with a Nick Senzel walk and Brandon Drury single was followed by a Tommy Pham double to bring things back to even 3-3. Walking Joey Votto to load the bases didn't make things any easier, with Tyler Stephenson following that up with a single to put the Reds in front 5-3.

With Scott Effross now on the mound and facing a former friend in Albert Almora Jr, the right-hander cashed in with a line drive single to extend the lead to 7-3 before a Matt Reynolds triple made things 9-3. Senzel capped off an eight-run inning with an RBI single as the Reds were firmly in control, 10-3.

Although down on the scoreboard, the Cubs were not going to go away quietly, with Willson Contreras and Happ connecting for back-to-back shots in the fifth to pull the Cubs back within 10-5. Unfortunately, that would be all the offense for the Cubs as the Reds not only built on that lead, but scored 10 unanswered runs to close things out.

Farmer opened that run with a solo shot in the bottom of the fifth as the Reds extended their lead to 11-5. The next inning saw the Reds load the bases off of singles by Senzel and Pham mixed with a Votto walk as the Reds offense was in business again. Farmer continued his impressive game with another RBI hit as his single pushed the lead to 13-5.

The Cubs had chances to bring guys home throughout the next few innings, but couldn't come away with the hits they needed. The same can't be said for the Reds as they loaded the bases once again in the seventh. An RBI groundout by Dury and sacrifice fly by Pham brought two more runs home, with the Reds leading 15-5.

Tensions continued to flare up in the eighth inning between Rowan Wick and Votto, which started to carry over from Wednesday. Given the lead the Reds had, David Ross felt the need to bring on a position player with Andrelton Simmons called on to pitch.

Sometimes that works in your favor, and other times it doesn't. This was one of those times when it didn't work, as the Reds brought home five more runs in their half of the eighth inning to close out the scoring and finished the Series split with the 20-5 win.

With eight hits in the game, the Cubs did what they could as Morel led the way with two. The Reds, on the other hand, came away with 20 hits, with Senzel and Farmer leading the way with four and Stephenson adding three. Farmer also nearly outscored the Cubs on his own as he was responsible for five RBIs.