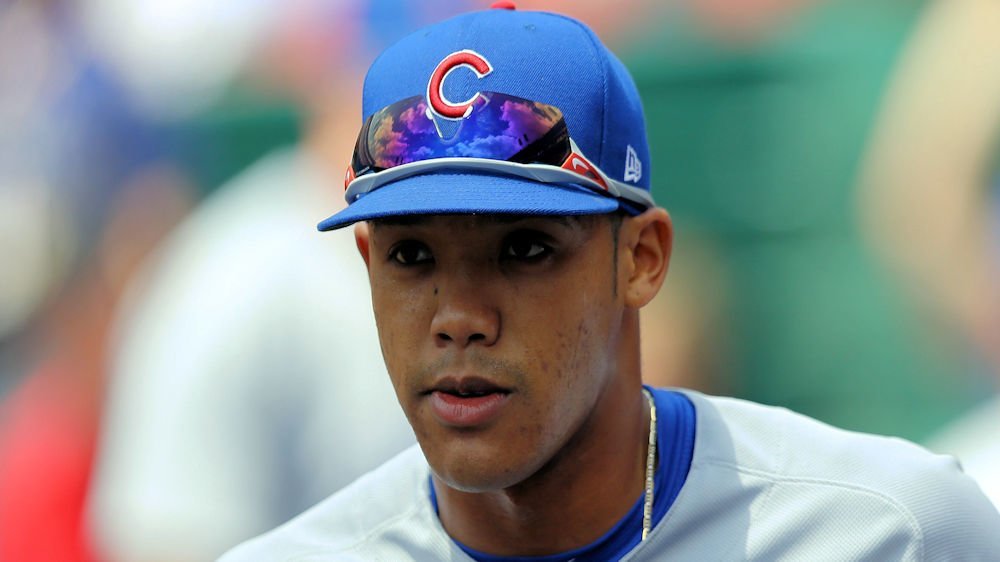 Four years ago, Addison Russell was entering his third season for the Cubs. The shortstop was coming off a season in which he smacked 21 home runs and drove in 95. That magical season also included Russell being named the national league’s starting shortstop in the all-star game, and his record seven RBIs in game six of the World Series helped power the Cubs to their first championship in over 100 years.

Fast forward to today, and Russell is making travel plans to South Korea. The 26-year-old shortstop has signed a contract to play for the Kiwoom Heroes of the Korean Baseball League.

This move is the latest of a series of dominos falling on the career slide of Addison Russell.

In 2012, Russell was the 11th overall pick by the Oakland A’s. After spending two seasons in the A’s organization, Russell was traded to the Cubs in a deal that included Jeff Samardzija being shipped from Chicago to the Bay Area at the trade deadline in 2014.

By 2015, Russell had been called up to the major leagues and helped lead a class of rookies that included Kris Bryant and Kyle Schwarber to the NLCS. A talented defender and solid right-handed bat, Russell originally was the Cubs’ second baseman. By the end of his rookie season, he had overtaken three-time all-star Starlin Castro as the starting shortstop.

In 2016, Russell had a career year. As the Cubs starting shortstop, he was named the National League’s starting shortstop in a season in which he hit 21 homers, drove in 95 runs, and had a slash line of .238/.321/.417. His career arguably peaked when he hit a grand slam in game six of the World Series, finishing the game with seven RBIs and helping to fuel one of the game’s most historic comebacks.

2017 was the beginning of the downfall for the young shortstop. The power production had decreased significantly, and he battled numerous injuries. By the end of the 2017 season, there had been rumors about Russell domestically abusing his former wife, Melisa. However, at that point, those were nothing more than allegations to those around the game.

In the Cubs’ 2018 season, Addison’s on-field numbers did not improve much. He hit .250 but homered just five times the entire year — and by the end of it, his off the field record as a man was in more danger than his numbers. Reports of him abusing and cheating on Melissa Reidy, a mother to his child and now ex-wife, began to truly take shape once she posted in detail about the trauma she endured on her Instagram. Russell denied the allegations, but after Major League Baseball finally investigated the situation, they found Russell guilty of domestic abuse and subject to a pretty lengthy suspension. Russell accepted and served the suspension at the end of the 2018 season and into the 2019 season.

That alone gave the Cubs their obvious sign on who the shortstop of the future was as Russell lost his job to Javier Baez — certainly the more deserving and better player.

After the 2018 season, Theo Epstein and the Cubs gave Addison a conditional second chance to improve as a person, husband, father, and teammate by tendering him a contract for the 2019 season. This is an effort by Epstein to commit to helping the Russell family and Melissa, as well as making an effort to raise awareness of domestic abuse in the many different shapes and forms it comes in and the many lives it affects. It was noted by both the Cubs organization and Russell’s family that improvement was noticeable, but the actions are still inexcusable.

Once Russell’s suspension was up toward the middle of that season, he stayed in triple-A as a baseball decision — but the Cubs knew the risks of bringing him back to Wrigley.

They eventually did welcome him back, but it wasn’t a very extended stay. Russell played in just 82 games and had lost his zip on the ball in the field. There were also numerous occasions where his head was not in the game, costing the Cubs runs and “W”s in the win column. Eventually, he was sent back down to the minors after admitting he did not know the signs. September brought Addison back to the Cubs, but a head injury ended his season prematurely and opened the doors for Nico Hoerner to make his presence felt.

Russell had no spot for the Chicago Cubs. Javier Baez was the shortstop of the future, Nico Hoerner has second base wrapped up, and David Bote is still a depth piece for either position. The Cubs decided not to offer him a contract, more of a baseball move than a PR one, but it doesn’t hurt either way.

Now, after not being able to find a big-league job, Russell his taking his talents to Korea.