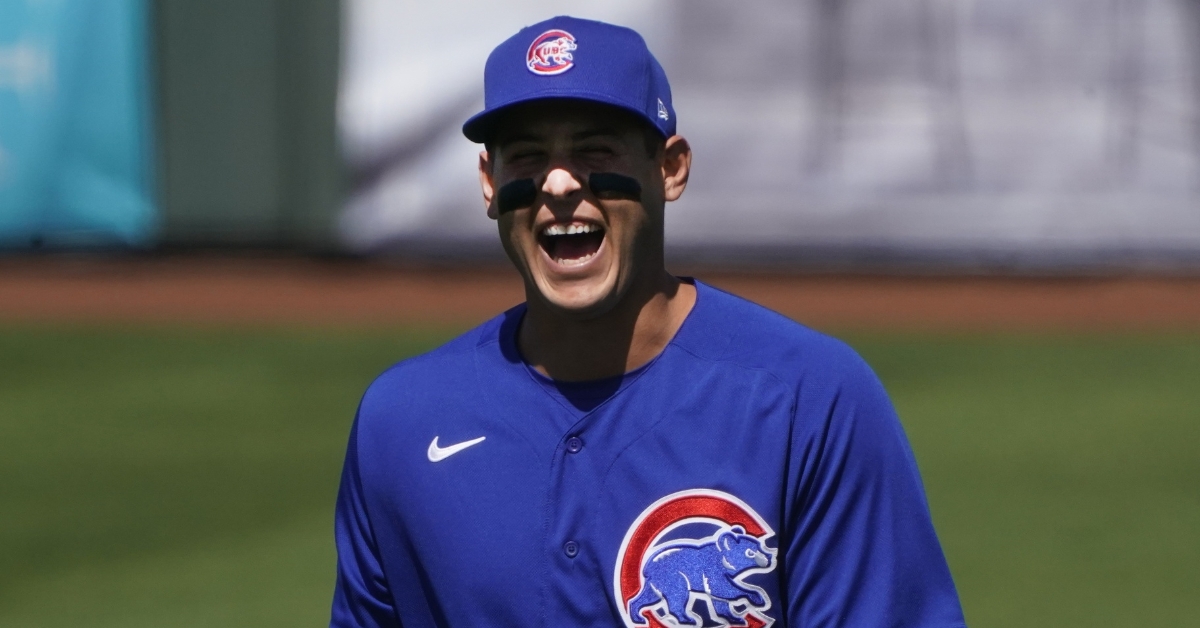 Playing in a rare nine-inning game in terms of the new spring training, the Cubs once again got off to a great start racing out to a 3-1 lead. With Alec Mills making his second start of the spring, things looked good with the Cubs cruising. That was until both Andrew Chafin, and Dan Winkler struggled in their innings of work, allowing the five earned runs across the two frames to give the Giants a 6-4 lead.

That lead was eventually stretched out to 7-4, with the Cubs coming to bat one last time in the ninth. After seeing how things went in the bottom of the seventh on Tuesday, Cubs fans should know this team isn't going to give up that easily. A two-RBI double from Alfonso Rivas closed the gap to 7-6, but the Cubs comeback effort fell short as they fall to 6-3-1 on the spring.

Speaking of Mills, he is battling for the final spot in the rotation and looked like his old self out there. After struggling a bit in the first inning which resulted in an RBI infield single from Wilmer Flores, Mills settled down to allow just one run on three hits to go with one walk and one punchout.

For his final out of the afternoon, Alec Mills got La Stella to chop into a 3-1 groundout. The Cubs righty logged 37 pitches (23 strikes) in 2.1 IP. One run on three hits with one walk and one strikeout. Fives outs via grounders. pic.twitter.com/LDpE4jwYYm

Mills has posted a 2.08 ERA through his two outings.

Down by one in the second, the hottest hitter on the planet Rafael Ortega continued his great spring. A day after hitting a walk-off grand slam to end things, Ortega singled home Anthony Rizzo to tie the game up 1-1. It was the eighth RBI of the spring for Ortega as he leads the team in that category. Brandon Workman continued to dominate hitters striking out two more in his inning of relief with the Cubs bullpen now in full swing.

The Cubs offense continued to come through when they needed it most, with Matt Duffy picking up an RBI single in the fourth, giving the Cubs a 2-1 lead. That was the first RBI for Duffy this spring. One inning later, P.J. Higgins got into one taking it over the fence the opposite way, extending the Cubs lead to 3-1.

Now becomes the part of the game where the Cubs wheels began to unravel.

With Chafin on the hill, many fans were wondering what his encore would be following a three-strikeout outing last time out. Simply put, this was an encore fans want to forget as Chafin allowed not only an RBI single to Donovan Solano but allowed Flores to get into for the two-run shot to left, and suddenly the Giants led 4-3. That 4-3 lead was extended to 6-3 in the sixth when Winkler served one up to Jason Krizan for another homer.

One of the more overlooked prospects in the Cubs system is that of SS Andy Weber. Not a typical SS by any means, but Weber has a good feel for the strike zone and has demonstrated that all spring. His RBI single was the first of the spring for him as he closed the deficit to 6-4. Hoping to put himself back on the map this spring, the Cubs turned to Manuel Rodriguez in the eighth.

Armed with close to a 100 MPH heater and wipeout slider Rodriguez is one of those minor league arms to watch all season. On this day, however, the command wasn't there as he walked the bases loaded but managed to pitch around it without allowing a run. San Francisco added a run in the bottom of the eighth to go up 7-4 as the Cubs were down to their last at-bats.

Once again, Chicago refused to go down quietly as they put together another late-game rally. Rivas went the opposite way with the bases loaded, dropping in an RBI double to plate a pair. Still set up with runners on second and third, the Cubs could not cash in as the Giants withstood the rally to hold on 7-6.

Chicago returns to the field tomorrow when they meet the Colorado Rockies on the road. The first pitch is set for 2:10 and can be seen on MLB Network.

This team has no quit

One of the best things about this Current group of Cubs players is they have no quit. You can go back to their World Series, and NLCS runs, and you will see a group of players that fought for all 27 outs. No deficit was too large in their minds, and they felt they always had a chance.

Last season was different as you didn't get that same sense of fight. So far, through the first 10 games of spring, the fight is back, and this team continues to show that. Not only do they battle, but they refuse to give up until the game is over. They did that on Tuesday, they did that today, and they have done that all spring as no lead has been too much for them to battle back. Hopefully, that mindset carries over to the regular season.

Too many walks leads to trouble

When you have a team that doesn't throw a ton of velocity, pitching to contact is crucial. To have the success they hope, those same pitchers need to hit their spots, or they will struggle to get outs. In today's game, Cubs fans saw a prime example of what too many walks will do to a team without a ton of velocity.

Not only did the Cubs have eight walks, but they only had four strikeouts to go with it. Four of those eight walks came around to score as the Cubs gave the Giants too many free opportunities on the bases.

Too much of the same Javy Baez

As much as fans love Baez and what he brings to the table, he is also the most frustrating player on the roster. For every great play and home run he makes comes the head-scratching strikeout as to what was he swinging at. Baez has never had an eye at the plate and will always be a free swinger, but last season saw a whole new level to that.

Coming off the worst year of his professional career outside his rookie season, Baez will be under a microscope this season to see if he is worthy of a long-term deal. The skill and potential are there, but it is concerning when you have games like this too often. Spring training or not, Baez went 0-3 with three punchouts, and most of them were not pretty.

He continues to expand the strike zone, which is something he will always do, but he needs to learn to cut down on his swing. Trying to hit the ball 500 feet every time does you no good if you can't make contact. Instead, just put the ball in play, and the rest will take care of itself. When Baez is right, he is using the opposite field to his advantage. The problem is he isn't doing enough of that, and he is continuing to be pull happy.

6 years ago today, Jorge Soler, Javy Báez, and Kris Bryant went back-to-back-to-back off of Trevor Bauer. That was fun. pic.twitter.com/VOvMmskzDs