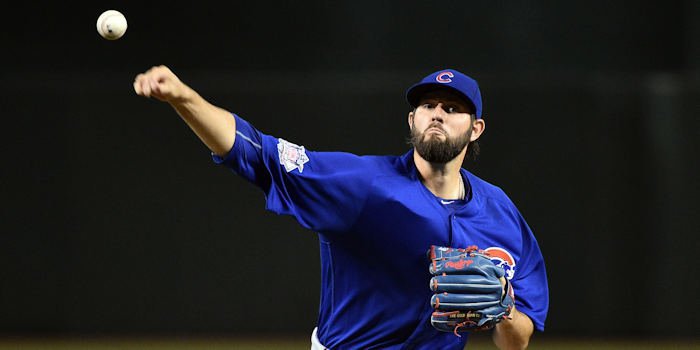 Yasmany Tomas' RBI single in the bottom of the ninth gave the Arizona Diamondbacks a walk-off win and sent the Cubs to its first loss of the season. Chicago had outscored its opponents this season by 22 runs in the first three games, but Friday night Arizona held the Cubs offense in check.

Chicago (3-1) got its only two runs in the third inning with four walks and no hits. Paul Goldschmidt's RBI single in the sixth plated the Diamondbacks' (2-3) first run of the game. Goldschmidt once again came through with an RBI single off of Pedro Strop in the eighth to tie the game at 2-2. The run was the first the Cubs bullpen had allowed in the season.

Trevor Cahill took the loss for the Cubs as he gave up a single to former Cub Wellington Castillo who was replaced with a pitch runner. Cahill recorded the second out of the inning to set up Tomas' heroics with two outs in the bottom of the ninth.

The loss was the Cubs first road loss after 12-straight road wins.

The Cubs and Diamondbacks will continue their four-game set at Chase Field on Saturday at 8:10 PM EST.