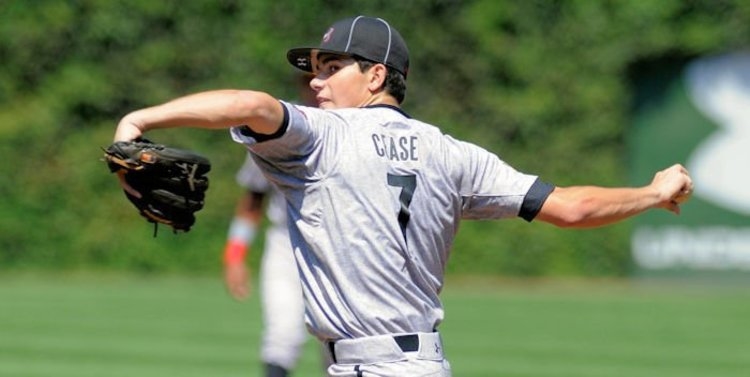 CHICAGO -- Cubs management and scouts are known for their ability to foster big-time offensive prospects in the last few years with the emergence of Kris Bryant, Javier Baez, Addison Russell, Willson Contreras, and several others.

However, nothing lately has been mentioned on the forefront on potential superstars pitching-wise. Cubs senior vice president of scouting and player development Jason McLeod said during the Cubs convention that he is excited about one potential pitching star -- Dylan Cease.

"This guy is throwing lightning bolts out of his arm," McLeod said about Cease. "It's really exciting. But we also understand he's only in Low-A this year, so he's far away."

The plan right now is for him to be brought along slowly as he works on his different secondary pitches.

"He's so far away," McLeod said. "He's gonna go into 2017 as a starter. As with a lot of young guys, it's gonna come down to command and depend on that third pitch and the ability to land them for strikes.

"It's a special arm. He can pitch 95-100 mph with a big power curveball. He's unlike anyone else we have in our system since we've been here in terms of pure stuff."

Cease had 2.36 ERA with 91 strikeouts and 1.16 WHIP in Single-A. He was drafted by the Cubs in the fifth round after most teams passed him over because of medical concerns with an arm injury. It looks like the Cubs got a steal with him and Kyle Schwarber in the same draft.