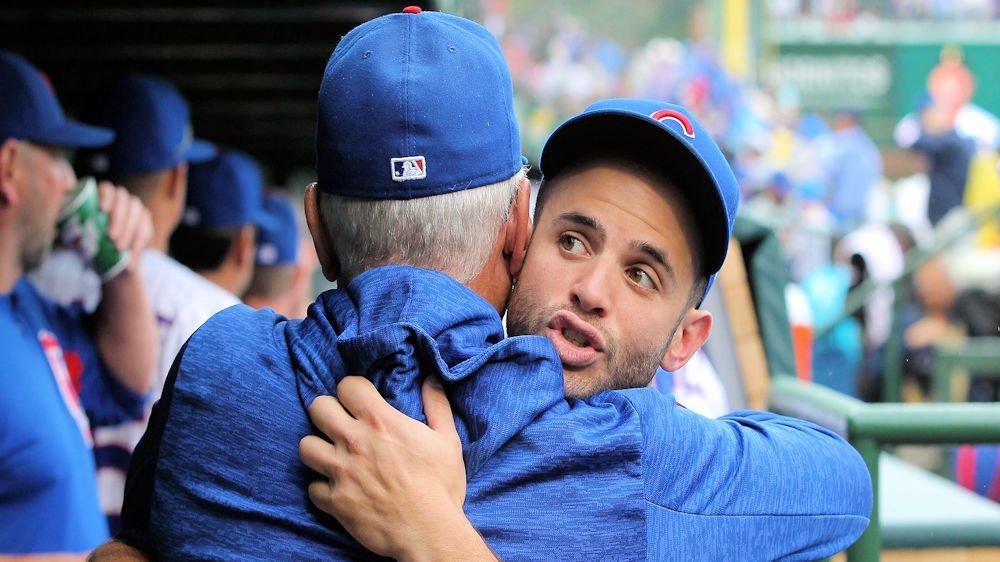 CINCINNATI — Former Chicago Cubs utility man and designated pinch hitter Tommy La Stella has experienced a career year as the starting second baseman for the Los Angeles Angels this season. La Stella was traded to the Angels for cash considerations last November, ending a four-year stint with the Cubs that included the Cubs' 2016 World Series run.

La Stella is currently batting .297 with 16 home runs and 44 RBI and has a great chance of being named to the American League All-Star team as a reserve. It was generally understood that the main reason why the Cubs shipped La Stella off for virtually nothing in return was because he had earned the right to have a chance to play every day, and Cubs manager Joe Maddon echoed that sentiment when asked about La Stella on Sunday.

"More than likely, he would not have had the same opportunity here to demonstrate his wares," Maddon said of La Stella.

Stating that La Stella would not have had the opportunity to do with the Cubs what he has been doing with the Angels, Maddon implied that, due to the Cubs' infield depth, it was reasonable of the Cubs to trade him. Maddon also touched on the close relationship that he developed with La Stella during La Stella's Cubs tenure, noting that the two connected on an intellectual level. Ultimately, Maddon declared his happiness for La Stella's success and said that he was hopeful that La Stella would receive his first career All-Star nod.

"Even Tommy didn't see that, and he'll be the first guy to tell you that," Maddon said while speaking on La Stella's superb 2019 showing. "I am reveling in this."