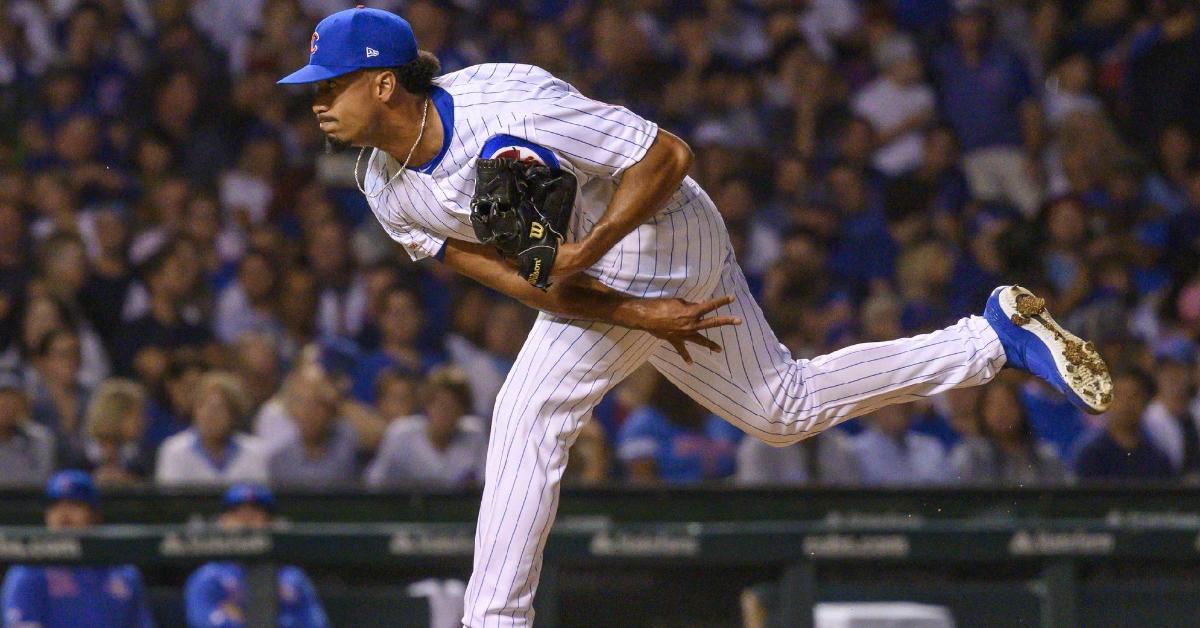 CHICAGO — "He probably should have started the game."

That is what brutally honest Chicago Cubs starting pitcher Jon Lester said about Cubs reliever Duane Underwood Jr. in his postgame press conference following the Cubs' 11-4 loss to the Oakland Athletics on Tuesday night. While Lester suffered arguably the worst outing of his career by giving up 11 runs in four innings pitched at Wrigley Field, Underwood struck out all six of the batters he faced in his season debut.

The six consecutive strikeouts matched a franchise relief record and also made Underwood the first Cubs first pitcher in the modern era, which dates back to 1900, to face at least six batters in a contest and strike every one of them out. Furthermore, Underwood, who threw 29 pitches in his two innings of work, struck each batter out swinging.

"Just seeing him and being around him, I've always been impressed with his stuff," Lester said of Underwood. "Tonight was awesome to see."

Underwood made a spot start in his big-league debut with the Cubs last year, and he was called up on Monday to replace injured Cubs closer Craig Kimbrel on the active roster. While talking with the media following his 6-strikeout performance, Underwood credited Rod Nichols, the pitching coach for the Triple-A Iowa Cubs, with improving his pitching approach and preparing him for his stellar showing on Tuesday.

"I was just happy to get in the game and show the team what I've got," Underwood said. "Hopefully, I showed them enough. Whatever I can do to help the team is my only goal here, so hopefully, I get to keep doing that."

Underwood with a tip of the cap to Iowa pitching coach Rod Nichols pic.twitter.com/uc9g0rkxAO

Cubs manager Joe Maddon also addressed Underwood when speaking with reporters following the game and pointed out the irony behind the bad situation of the Cubs falling down 11-0 setting the stage for Underwood to be given the opportunity to pitch at the big-league level for the first time all season. Maddon hailed Underwood's 2-inning stint as "impressive" and implied that Underwood could find himself appearing in more games for the North Siders if he is able to replicate Tuesday's success moving forward.