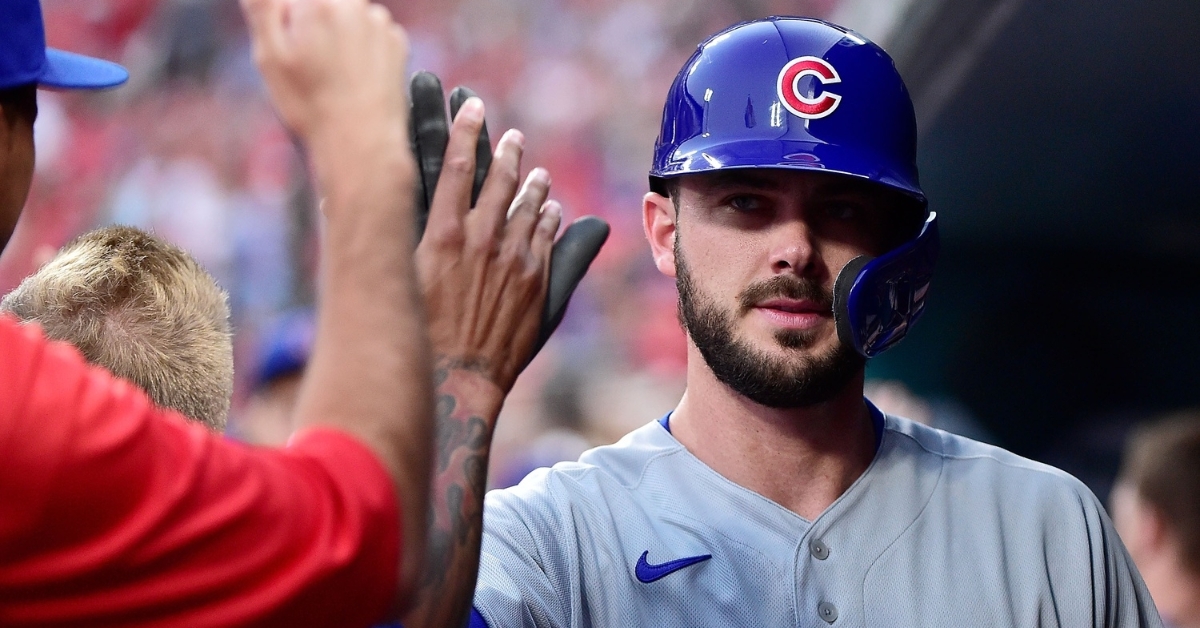 CHICAGO — Having already faced thinly veiled criticism from former Chicago Cubs first baseman Anthony Rizzo, Cubs president of baseball operations Jed Hoyer was shot down by former Cubs third baseman Kris Bryant in comments he made to the media on Friday. Although he reiterated his previous assertion that there were no hard feelings involved with his Cubs breakup, Bryant refuted claims that Hoyer made about engaging in contract extension talks with Bryant, Rizzo and former Cubs shortstop Javier Baez prior to trading them at the trade deadline.

"Well, in his mind, he's going to be right, and then, maybe in ours, he will be wrong," Bryant said of Hoyer. "And it's OK to disagree, and then, you just move on from there."

Bryant claimed that he had not engaged in serious contract talks with the Cubs' front office in several years, repeating a claim he made when refuting a report in the fall of 2018 that the Cubs had offered him an extension "well north of $200 million." Trade rumors involving Bryant were rather omnipresent this past offseason, indicating that the two sides were unlikely to agree to a new deal before Bryant hit free agency following the 2021 season.

"I kind of felt like it was always out there, like, 'Hey, we're constantly trying to get an extension done and stuff like that," Bryant added. “And, in reality, that didn't happen. There were conversations after 2016 and then, after that, it was like, nothing. I was always open to hearing, and I've always said that. But there was just wasn't anything after that."

Hoyer has not been painted in the best light since the trade deadline, with Bryant and Rizzo essentially shifting the blame for their contract talk breakdowns onto him. From Rizzo implying that Hoyer was the "common denominator" behind the three star players not inking new contracts to Bryant essentially claiming that Hoyer was not completely honest about their negotiations, it has become more transparent as to why Hoyer had no choice but to blow up the Cubs' core at the deadline.