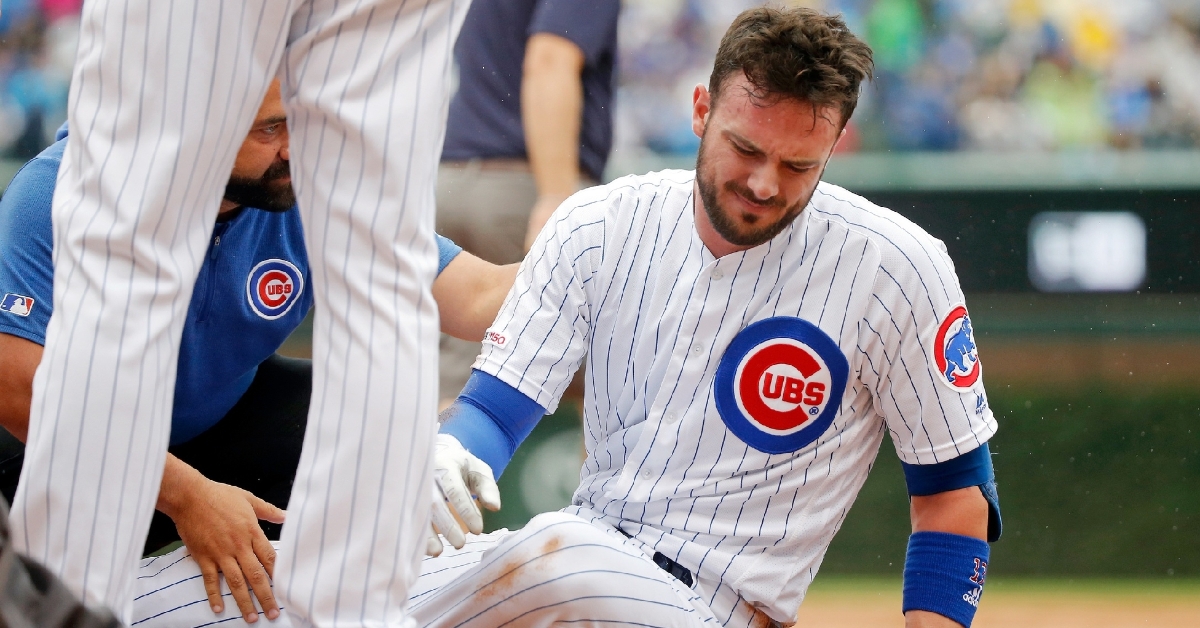 Standout Kris Bryant left Sunday's game against the Reds in the sixth inning after a collision with Jason Heyward on a flyball in right field.

The trainer and Joe Maddon saw Bryant and he eventually walked off the field very gingerly with their apparent upper-body injury.

Bryant is currently still under evaluation by the medical staff for a head-neck injury (not yet formally in concussion protocol) on Monday. If all goes well and he is cleared, he could return to the lineup in a day or two.

Heyward has some discomfort on his hip from the collision with KB according to ESPN's Jesse Rogers.

Both players are out of today's lineup against the Astros.

In other Cubs news, Pedro Strop will make a rehab appearance in Iowa on Tuesday and might be able to return for the St. Louis series.