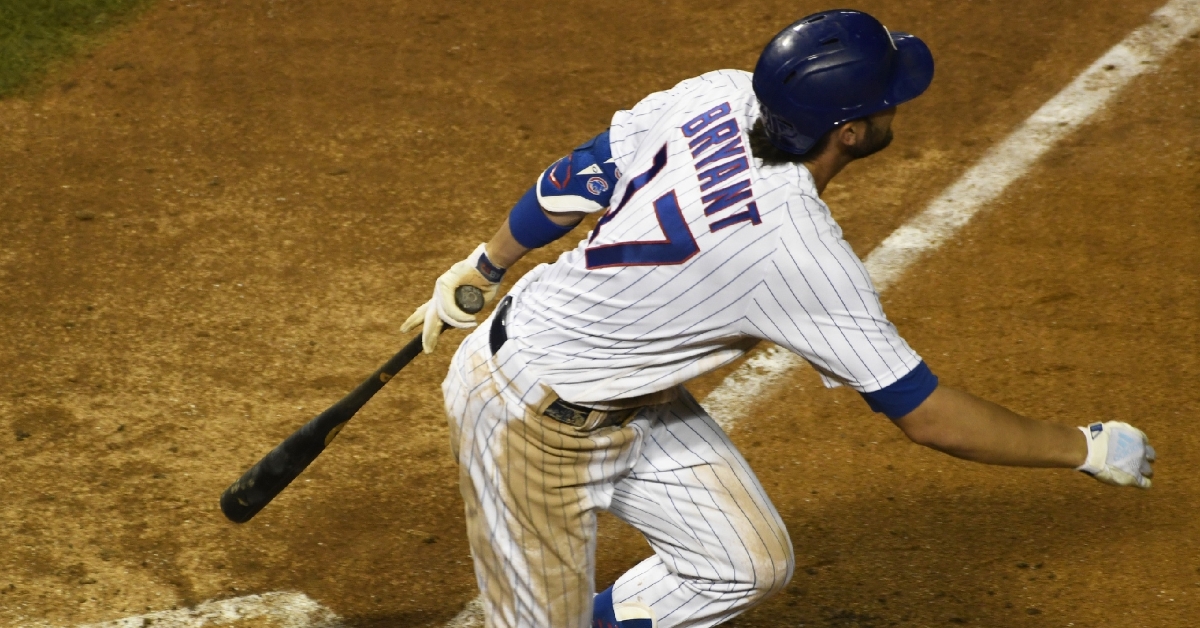 The Chicago Cubs are rolling as they have won eight of their first 10 games to start the 2020 regular season.

However, their standout third baseman Kris Bryant is yet to really get going offensively in the leadoff position.

On Monday night, it was different story as he had a double and a solo homer in the seventh inning to help the team to the 2-0 victory over the Kansas City Royals at Wrigley Field.

Bryant said in a postgame interview that he promised his infant son Kyler that he would hit a homer for him.

"I actually before I left, obviously he doesn't understand anything that I say, I told him I was going to hit him a home run, he said. "First time I've done that really with anyone in my life so maybe I should keep doing that."

Videos of the homer:

Bryant taking photos with fans after the win:

Kris Bryant poses for a photo with fans while leaving Wrigley Field after the Cubs defeated the Kansas City Royals Monday in Chicago. pic.twitter.com/nNkuHtBYjo