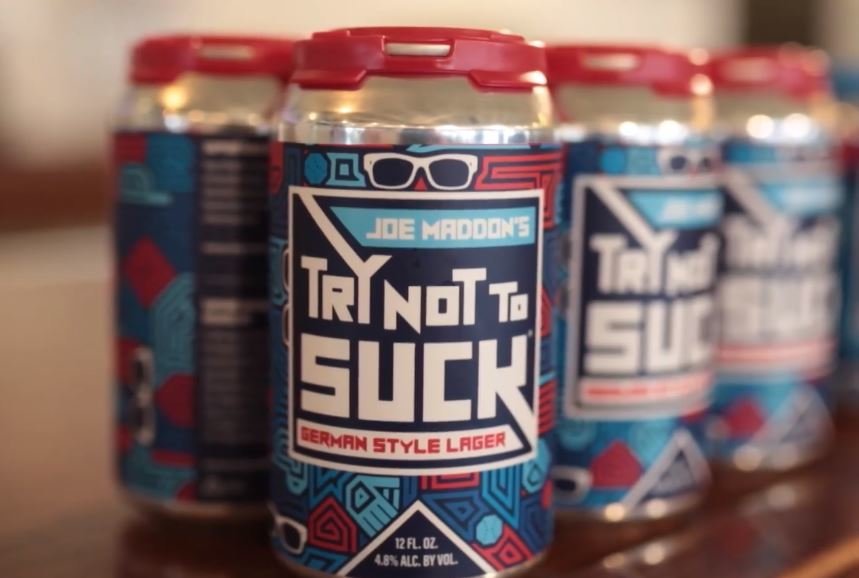 CHICAGO — Haymarket Beer Company is releasing “ Joe Maddon’s Try Not to Suck” German-Style Lager on April 10, 2019. To start, the beer will be available in six-packs at Binny’s Beverage Depot, select Jewel-Osco stores, Haymarket Pub & Brewery in Chicago, and Haymarket Taproom in Bridgman, MI. More distribution will be added over the next eight weeks.

“Joe Maddon’s Try Not to Suck” is a collaboration between award-winning Haymarket Beer Co., Joe Maddon’s Respect 90 Foundation, and RnR Brews: a subsidiary of Rags of Honor 1.

Proceeds from the sale of the beer will benefit children and families in Chicago’s neighborhoods through Joe Maddon’s Respect 90 Foundation, and homeless and jobless veterans through RnR Brews and Rags of Honor 1.

“Joe Maddon’s Try Not to Suck” is a crisp, light, and refreshing German-style lager with a 4.8% abv. The beer was brewed and canned at Haymarket Beer Co.’s Bridgman, MI location. Veterans from RnR Brewing and Rags of Honor 1 where brought in to help with each step of the brewing and packing process.

“Throughout my brewing career, I have taken a lot of pride from my work with not-for-profit groups. Extra rewarding is the fact that we’re helping RnR Brewing get off the ground. They’ll be creating jobs and opportunities in the brewing industry for veterans for years to come,” said Pete Crowley, Award-Winning Master Brewer, Haymarket Beer Co.

RnR Brewing is a subsidiary of Rags of Honor 1, a not-for-profit company that helps homeless and jobless veterans. RnR Brewing is working towards obtaining their federal brewers license so that they can brew beer independently.

Rags of Honor 1 provides assistance to homeless and at-risk veterans, as well as those who are in the early stages of reintegration from active military to civilian life. The organization focuses on helping veterans with their daily struggles providing an average financial assistance of $100 to $1,000 to pay for utilities, security deposits, rent, groceries, and moving expenses.

Haymarket Beer is distributed by BreakThru Beverage in Illinois, and by Alliance Beverage in Michigan.