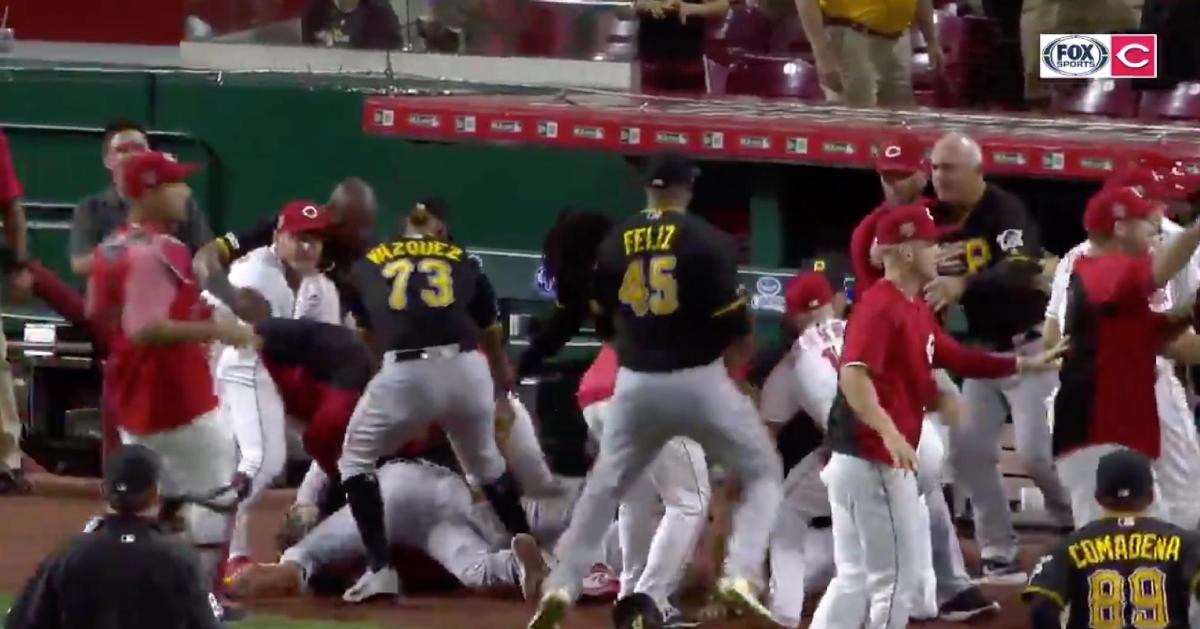 There was pandemonium on the field at Great American Ball Park after Reds reliever Amir Garrett incited a brawl.

CINCINNATI — Several antagonists of the Chicago Cubs were at the center of a massive brawl at Great American Ball Park between the Cincinnati Reds and the Pittsburgh Pirates on Tuesday night. In a game that featured tension and conflict throughout, the bad blood spilled over into an epic bench-clearing melee in front of the visiting dugout.

With the Pirates leading 11-3 in the top of the ninth, Reds reliever Amir Garrett, who has a history of inciting controversy with the Cubs, lost his cool while being chirped at during a mound visit and charged after the Pirates' dugout. Garrett landed a punch on a Pirate who came out to confront him, and the floodgates opened after that, with the entire rosters from both clubs getting involved in the fracas.

Although he was ejected earlier in the contest, Reds manager David Bell ran onto the field and had to be restrained as he screamed obscenities at Pirates skipper Clint Hurdle, who also angered Cubs manager Joe Maddon earlier this month. In addition, Reds right fielder Yasiel Puig, another nemesis of the North Siders started a skirmish of his own with Pirates reliever Kyle Crick off to the side and was subsequently ejected.

Interestingly, in the midst of the game, Puig was reportedly traded to the Cleveland Indians as part of a deal that resulted in the Reds landing Indians starter Trevor Bauer, meaning that Puig's last moment of his short-lived Reds tenure was getting thrown out of a game. Furthermore, Puig could very well be suspended to start off his Indians tenure. As for Garrett, who, along with Puig and three other players, was ejected, his suspension will probably be quite substantial.