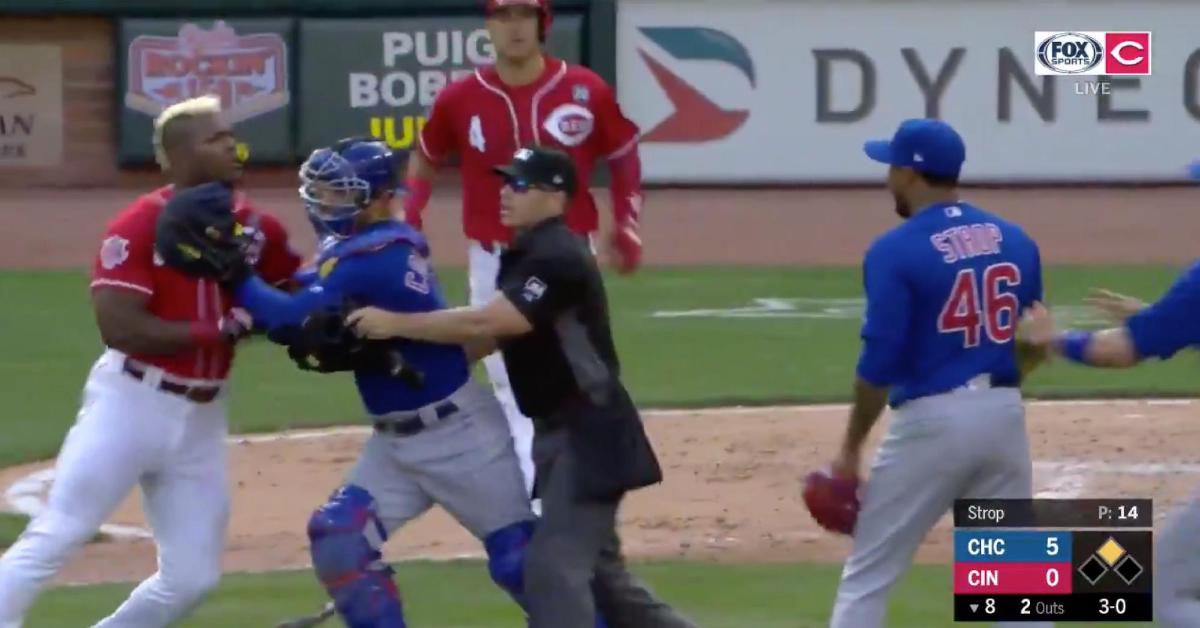 Puig was upset after getting hit by a pitch

During the Cubs 6-0 win over the Reds on Saturday, benches cleared when Pedro Strop hit Yaseil Puig on a 3-0 pitch in the eighth inning.

Puig had to be restrained by several players including Anthony Rizzo and Willson Contreras as he was debating going after veteran reliever Pedro Strop.

Strop spoke with the media following the emotional game and didn't hold back on the antics involving Puig.

Well...Sunday's game between the Cubs and the Reds should be entertaining as it will get underway at 12:10 p.m. CDT.

Yasiel Puig charged the pitcher's mound after being hit by a pitch in Cubs vs. Reds.